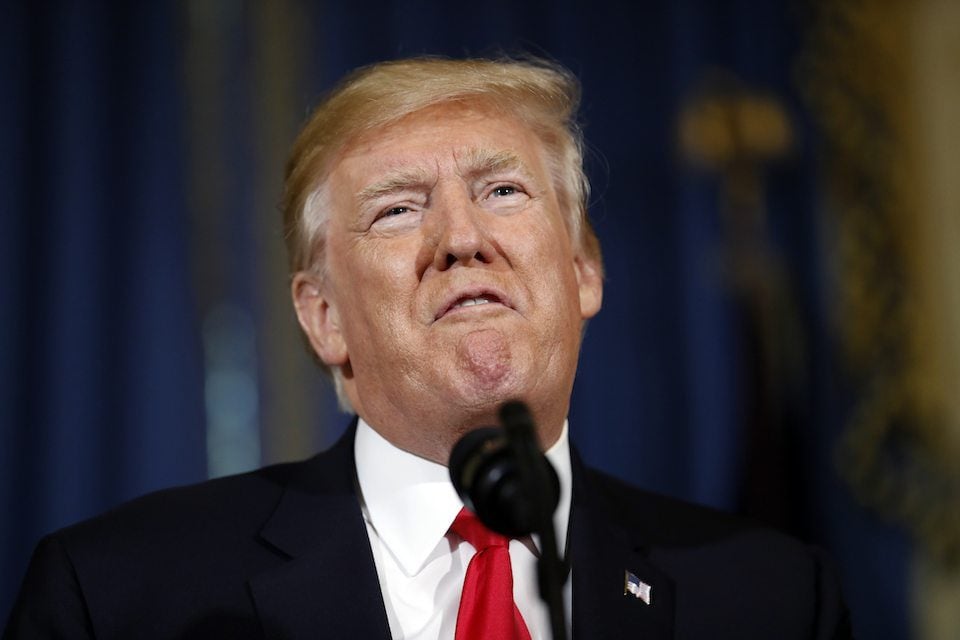 Trump's pathetic vendetta against black athletes led him to misappropriate a military widow's message of patriotism.

Donald Trump has not given up on his relentless crusade to demonize black football players who kneel in protest of police brutality.

He continues to assert, with absolutely no foundation in reality, that the players are somehow insulting U.S. troops.

And, not for the first time, he is shamelessly exploiting the grief of a military family to try to belittle protestors.

On Thursday, Trump retweeted an image of a bereaved wife lying at the grave of a veteran: But the San Diego Union-Tribune, where the photo had originally appeared, quickly jumped in to say Trump was misappropriating the photo:

The veteran, Maj. Andrew Budenz, who was a Marine C-130 pilot in Iraq and Afghanistan, was killed in September 2013 in a motorcycle accident. He is buried at at Miramar National Cemetery in San Diego, and his wife, Jenn Budenz, was visiting his grave nearly every day when The San Diego Union-Tribune published that photo around Memorial Day 2014 in a story by staff writer Jeanette Steele.

Trump has frequently invoked the memory of soldiers without context or regard for the family. Last year, the widow of former NFL player Pat Tillman, a soldier who was killed in action, sharply criticized Trump for using her husband's memory to attack football players.

Trump should stop assuming that military families want him to speak for them, let alone to use them as a human shield to lob his racially charged attacks.

Our men and women in uniform have given this country their all, and they deserve better from the ostensible commander in chief.