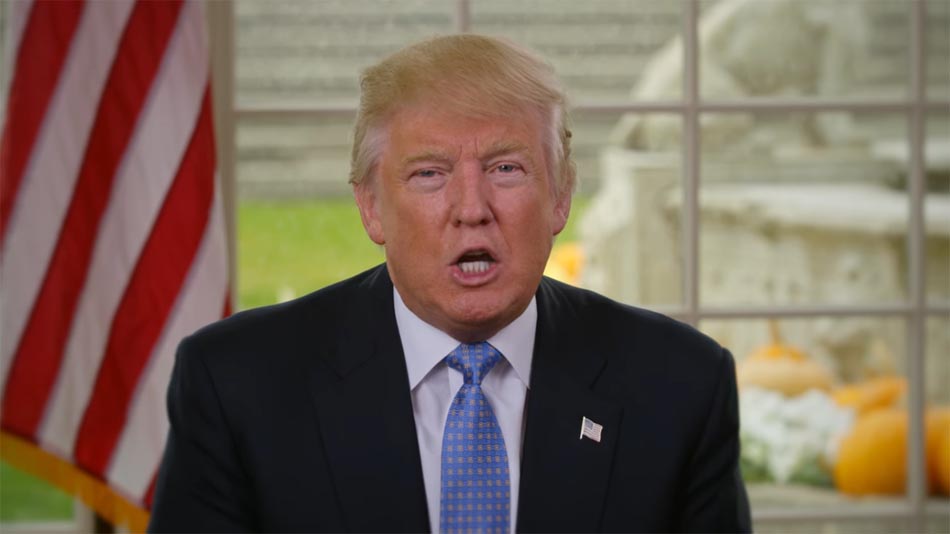 In a video published online, President-elect Donald Trump detailed his policy agenda for his first 100 days in office. It is, he explains, "a list of executive actions we can take on day one," which is "based on a simple core principle — putting America first."

Donald Trump introduced his first 100 days agenda by saying it is "based on a simple core principle — putting America first." The Anti-Defamation League has urged Trump to stop using "America first" because of its anti-Semitic use preceding WWII, but instead of jettisoning the term, he is now using it to define the "core principle" of his agenda.

His indifference to the history of this phrase is infinitely more troubling given his selection of a white nationalist as chief strategist and his campaign's reliance on anti-Semitic prejudice and stereotypes.

The agenda presented in the video does not contain explicit bigotry, nor many of his more odious proposals. But that is largely because it is centered on executive actions he can take without the support of Congress, such as withdrawing from the Transpacific Partnership and promising to "investigate all abuses of visa programs that undercut the American worker."

To build his border wall, repeal the Affordable Care Act, or enact a Muslim registry would require Congressional support. To unwind marriage equality or overturn Roe v. Wade would require the involvement of the courts.

If these proposals come to pass, they will take more than 100 days to realize.

Which, in good news, will give the opposition time to organize.