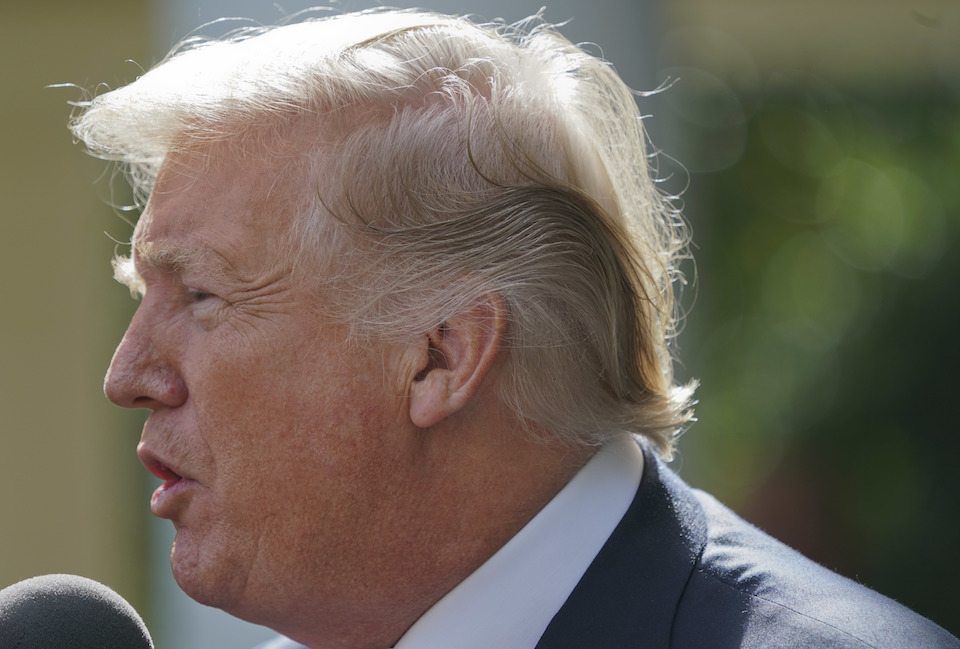 Donald Trump invoked the death of Marine Lt. Robert M. Kelly to try to deflect criticism about his egregious failure to acknowledge the deaths of four soldiers in Niger.

Donald Trump used a dead marine as a human shield to defend himself from criticism about his handling of the death of four soldiers who were killed in Niger.

Trump invoked the death of Lt. Robert M. Kelly, son of White House chief of staff John Kelly, insinuating that President Barack Obama did not call Kelly when his son was killed in action.

When asked to respond to the criticism he has received for lying and claiming that fallen soldiers did not receive phone calls from President Obama, Trump told Fox News Radio's Brian Kilmeade to "ask Gen. Kelly" if he had been called by Obama.

Trump has yet to call the families of the four soldiers killed in Niger, and has been spinning furiously on the issue since it began to get coverage. His team is now claiming that the snub is the result of "paperwork," while his flacks go on national television to lie about the response.

TRUMP: Well there's nothing to clarify. Because if you look at my whole – this is again fake news CNN, I mean they're just a bunch of fakers, so they ask me that question, and for the most part, to the best of my knowledge, I think I've called every family of somebody that's died, and it's the hardest call to make and I said it very loud and clear yesterday, the hardest thing for me to do is do that.

Now, as far as other representatives, I don't know, I mean you could ask Gen. Kelly, did he get a call from Obama? You could ask other people, I don't know what Obama's policy was, I write letters, and I also call.

Kelly's son was killed in Afghanistan in 2010 while serving in Operation Enduring Freedom.

Invoking his name is the latest in a long record of Trump's insults to the military. He made fun of John McCain for his POW status, attacked the family of a slain Muslim soldier, and refused to acknowledge a bugle call honoring the flag while he was on a military base.

Casually lying to smear Obama is also part of Trump's long record. He obsessively led the racist birther conspiracy, falsely claiming that Obama was not born in the United States. Repetition of the lie helped Trump become a political commentator on Fox News, which he used as a springboard to the Republican nomination and the presidency.

Trump could not be bothered to show humility or class while responding to tragedies in the lives of the men and women he unfortunately leads in his role as commander in chief, and he is only making himself look worse.