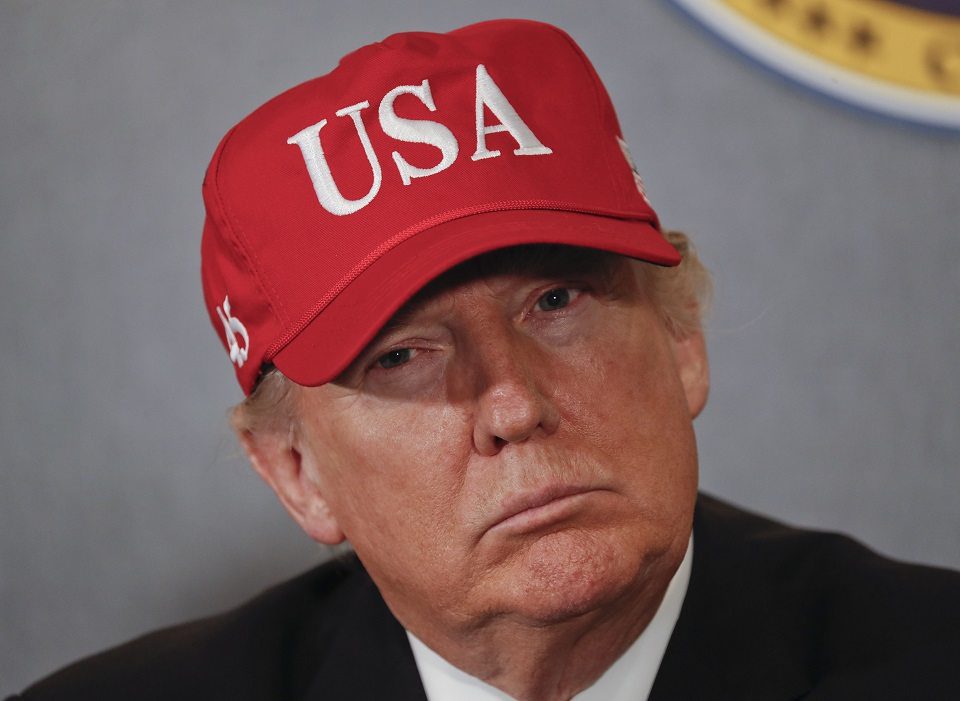 In a truly repugnant move, Donald Trump is actually using the horrific mass shooting in Las Vegas to raise money for himself. It's part of a pattern for this grifter-in-chief.

Donald Trump is never one to let an opportunity to enrich himself pass him by, no matter how despicable and heartless a move it may be.

We saw this in action during Hurricane Harvey. While other public figures like President Barack Obama and Hillary Clinton used their positions to ask others to donate to relief and recovery efforts, Trump used the massive natural disaster to sell his campaign merchandise.

And instead of directing his supporters to give money to hurricane victims, he begged them to fork it over to his campaign, instead.

Now, in an even starker and more appalling example of Trump's "me and my wallet first" attitude, he is actually using the horrific mass shooting in Las Vegas to fundraise for his re-election campaign.

The message is titled "Calling upon the bonds that unite us" — and apparently, those bonds come with a price tag, as the "contribute" button is featured prominently right below the tissue-thin "words of comfort and healing."

Unreal: the Trump campaign just sent an email using the Las Vegas shooting to fundraise for the campaign. pic.twitter.com/MWYu0Sa3VF

58 people were murdered and over 500 more were injured by a single gunman armed with dozens of weapons, some modified to mimic fully automatic guns.

Yet in his initial remarks after the shooting, Trump didn't even mention guns or gun safety, and his administration grossly demanded that people refrain from criticizing the National Rifle Association.

In a comment that was truly bizarre even for him, Trump even referred to the massacre as a "miracle" because of the quick response of police on the scene.

And in typical Trumpian fashion, he later had to make the tragedy all about him and his supposed feelings, noting that it was a "sad day for me, personally."

And now, he's making it about his campaign bank account, as well.