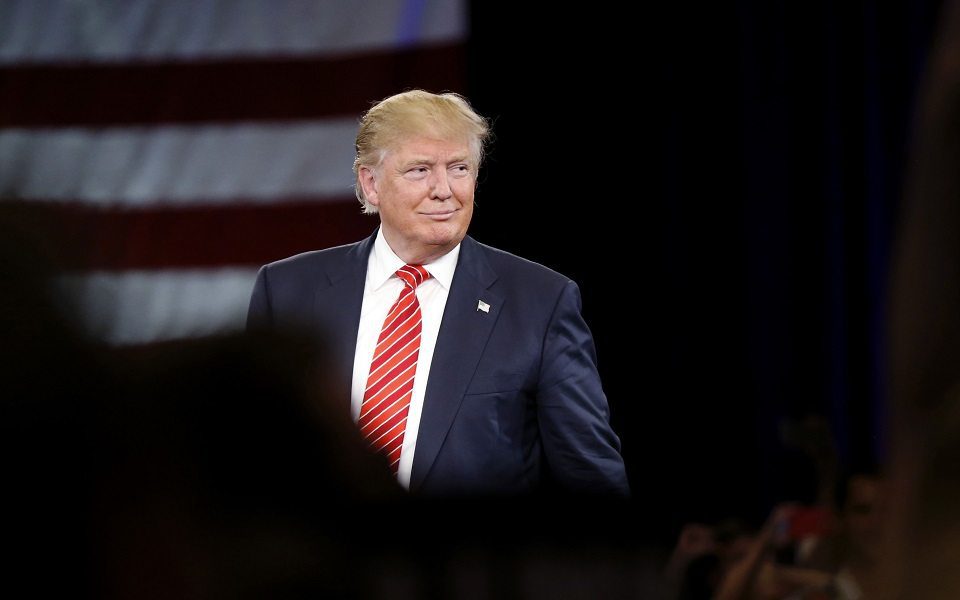 Donald Trump used a terrorist attack in France to effectively endorse French far-right extremist Marine Le Pen, of the National Front Party, in that country's upcoming election. The endorsement is the latest sign Trump is attempting to align the United States with international authoritarians.

Donald Trump used a terrorist attack in Paris to boost the presidential campaign of far-right extremist Marine Le Pen, candidate of the National Front Party, once again returning to his pattern of issuing triumphalist tweets after incidents of terrorism.

ISIS claimed credit for a gunman who opened fire with a machine gun on the Champs-Elysees, the famous road in the heart of Paris.

The morning after the attack, Trump was again doing a touchdown dance in the wake of terrorism — as he has done many times before after tragic and deadly attacks — but with the added indignity of using the office of the presidency to back a foreign extremist.

He wrote, "Another terrorist attack in Paris. The people of France will not take much more of this. Will have a big effect on presidential election!"

Another terrorist attack in Paris. The people of France will not take much more of this. Will have a big effect on presidential election!

Trump later told the Associated Press that the attack will "probably help" Le Pen in France's upcoming election, and that of the French candidates, she is the "strongest on borders, and she's the strongest on what's been going on in France."

Le Pen and Trump share a hostility towards Muslims, and they both have courted anti-Semitic voters (Le Pen's father called Nazi gas chambers a "detail" of history). Trump has a long record of prior engagement with anti-Semites, and a ban on Muslim travel to America was a centerpiece of his campaign and one of the first policies he tried to enact.

Le Pen was in Trump tower the week before he was inaugurated, but reportedly did not meet him.

The support expressed for Le Pen follows Trump making a congratulatory phone call to Turkish President Recep Tayyip Erdogan after he successfully rammed through a bill granting him dictatorial powers. The Turkish process was condemned by international organizations as Erdogan jailed dissenters and shut down opposition media, but this did not deter Trump from celebrating with a fellow authoritarian.

Trump has often used terrorism as an excuse to dance in the end zone. Instead of condemning attacks or sympathizing with the victims, Trump quickly rushes to claim that he was right or that the attack fills his preferred narrative of events.

He did it after attacks in New York City, Brussels, Orlando, Turkey, Baghdad, San Bernardino, and Nice. He once took a victory lap, declaring that the crash of an EgyptAir flight proved him right on terrorism, but officials never determined that it was terror.

This is not how a president should act. Terrorism is not a pretext for adding an exclamation to the argument that you were right all along. But Trump has demonstrated that he does not understand that, and he is not inclined to learn how to behave while occupying the Oval Office.

Even worse, he is using his office — and the power granted to him by citizens — to back a French extremist whose policies will ostracize Muslims, empower anti-Semites, and hurt the EU and our allies. Trump's endorsement, like so many of his positions and bluster, is dangerous and unacceptable.