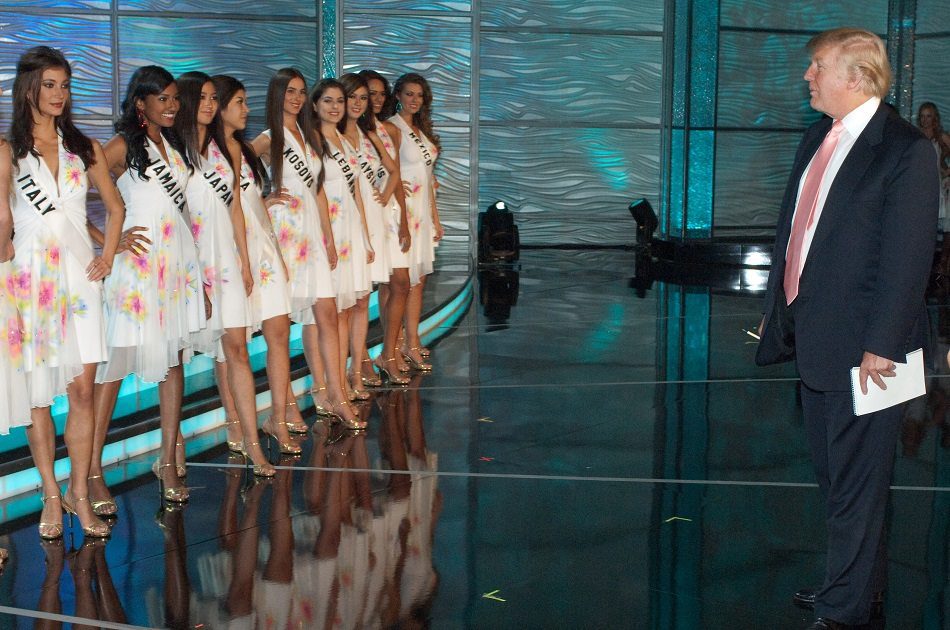 Photo: Miss Universe L.P.
Get The American Independent in your inbox

Donald Trump has declared he will not withdraw from the presidential race over comments he made in 2005 that condoned sexual assault. Meanwhile, new revelations are emerging about his offensive behavior toward women.

My colleague Melissa McEwan singles out a passage from a CNN story on Trump's misconduct around women:

Trump just laughing about how it's "the funniest" that he "gets away with" violating women's privacy while they're undressing. pic.twitter.com/1lFWd2mbZF

Despite the massive outcry over the already-infamous recording of Trump talking about grabbing women's genitals, he has doubled down on his candidacy:

The media and establishment want me out of the race so badly - I WILL NEVER DROP OUT OF THE RACE, WILL NEVER LET MY SUPPORTERS DOWN! #MAGA

And there's nothing Republicans can do about it.