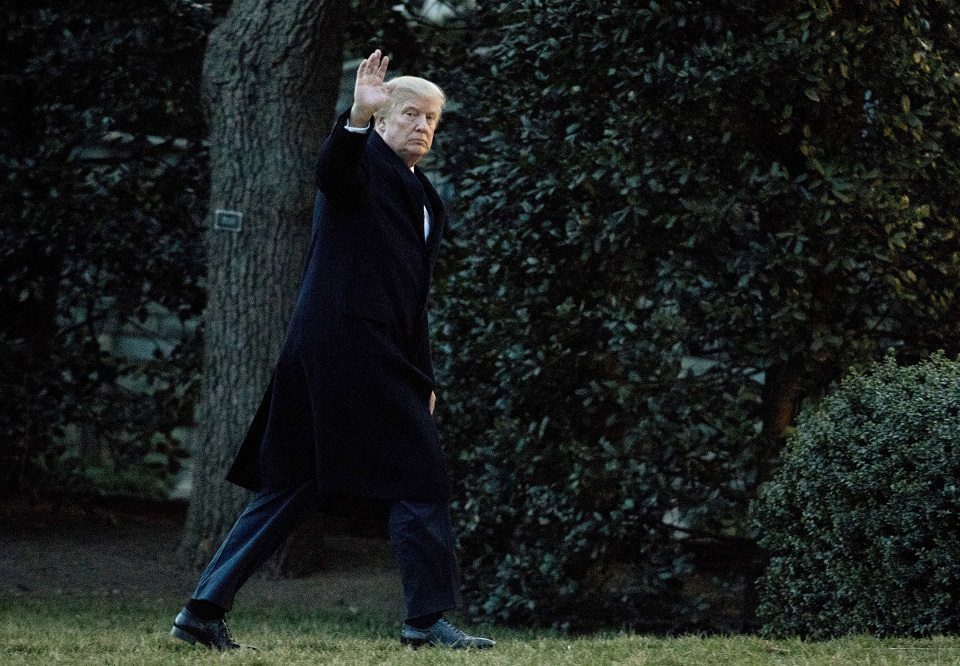 As multiple scandals and controversies continue to envelop the White House, the Trump administration is largely in hiding from the media. It has now been over a week since the last on-camera press briefing, and there have also been scant few television appearances by administration officials.

In the face of continuing controversy on multiple fronts, the Trump White House has not held an on-camera press briefing for over a week.

The last on-camera briefing with the White House press corps was on February 27. Since then, Press Secretary Sean Spicer has held smaller, off-camera "gaggles" with the press, but has not represented the administration in a televised event.

Further, there have been nearly no appearances by top administration officials on television news programs.

The clampdown comes during a tumultuous, scandal-ridden week for Donald Trump and his team.

He lied to a grieving widow, telling her that her Navy SEAL husband died to secure terrorist intelligence, when multiple government sources have contradicted that claim.

Attorney General Jeff Sessions turned out to have lied before a Congressional hearing about his meeting and interaction with a Russian official. As a result, Democrats called for him to recuse himself from ongoing Russian probes, and some have also called for Sessions' resignation.

Trump claimed that oil pipelines would be built with "American steel," but he has exempted Keystone XL from this requirement.

Vice President Mike Pence's use of a private email address while serving as governor of Indiana was exposed, which showed his rhetoric about Hillary Clinton's email during the campaign to be even emptier than it first appeared to be.

Trump promoted the conspiracy theory that President Obama had his phone lines tapped at Trump Tower. When the administration did go on record about the false allegations, they made the unusual decision to send out Sarah Huckabee Sanders, the Deputy Press Secretary, someone who does not ordinarily appear on the Sunday morning political talk shows. In her appearance on ABC’s This Week, when confronted about the  absurd allegation, Sanders said, "I will let the president speak for himself." Host Martha Raddatz responded, "You're his spokesperson."

The revised Muslim travel ban was announced, yet reporters were unable to ask on-camera questions about the policy. At the same time, Trump did not allow press in the Oval Office when he signed the executive order, officials refused to go on the record in a conference call about the order, and top leadership like Secretary of State Rex Tillerson would not answer questions about the ban. New York Times reporter Glenn Thrush described the cone of silence surrounding the announcement as "amazing."

Trump and the White House press operation have gone into bunker mode, throwing out falsehoods and allegations without any merit, then refusing to back up those claims in a televised briefing. They are attempting to normalize a fortress mentality, in which the press is unable to hold them accountable.