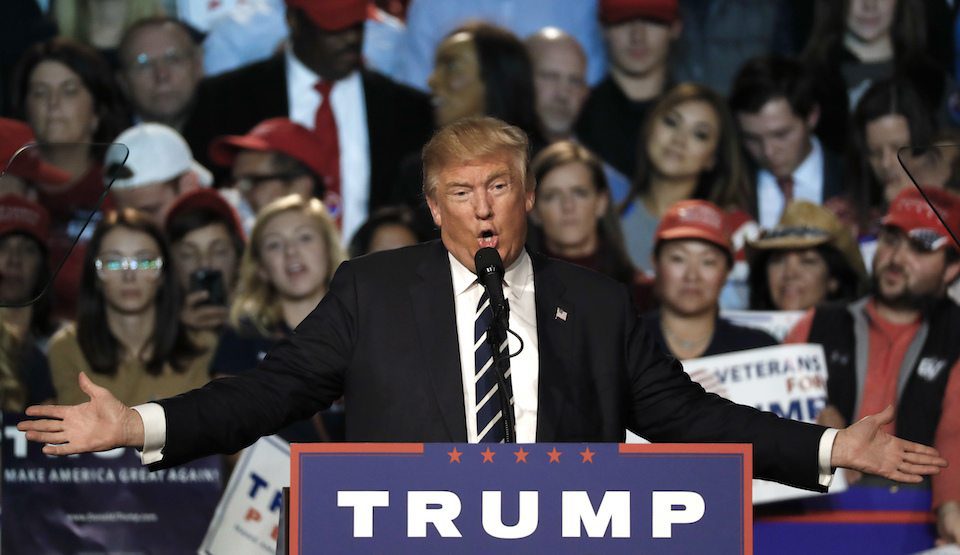 Trump said he would not campaign in Alabama. True to his word, he is only campaigning right next to it.

Although Donald Trump made it abundantly clear that he was still supporting Alabama Senate candidate and accused child molester Roy Moore, he pledged to refrain from actively campaigning for Moore in the GOP candidate's state.

According to the White House, Trump had decided he would support Moore in interviews and tweets, but would not actually schlep to Alabama to hold any of his signature campaign rallies.

And he kept his promise — technically.

Trump is expected to hold a campaign-style rally in Pensacola, Fla., about 20 miles from the Alabama line, next Friday. The rally is four days ahead of the Dec. 12 special election in Alabama, where Moore faces Democrat Doug Jones.

At the Dec. 8 rally, advisers said the president is likely to attack national Democrats and may attack Jones. It is unclear if Trump will specifically praise Moore.

Pensacola is in the same media market as Mobile, Ala., which could allow Trump to reach Alabama voters without having to actually travel to the state and specifically rally for Moore.

The fact that Trump felt the need to make up a technicality like this is absurd. If he is going to campaign for an accused pedophile, he might as well just go whole hog.

Everything about Moore's senate campaign — and about Trump’s role in it — has been disgusting. There is apparently no Republican candidate Trump will not endorse, and no lengths to which he will not go to prop up that candidate.