Home National Trump will not apologize to Israel for divulging its secrets and endangering...
Support progressive journalism.
Donate today 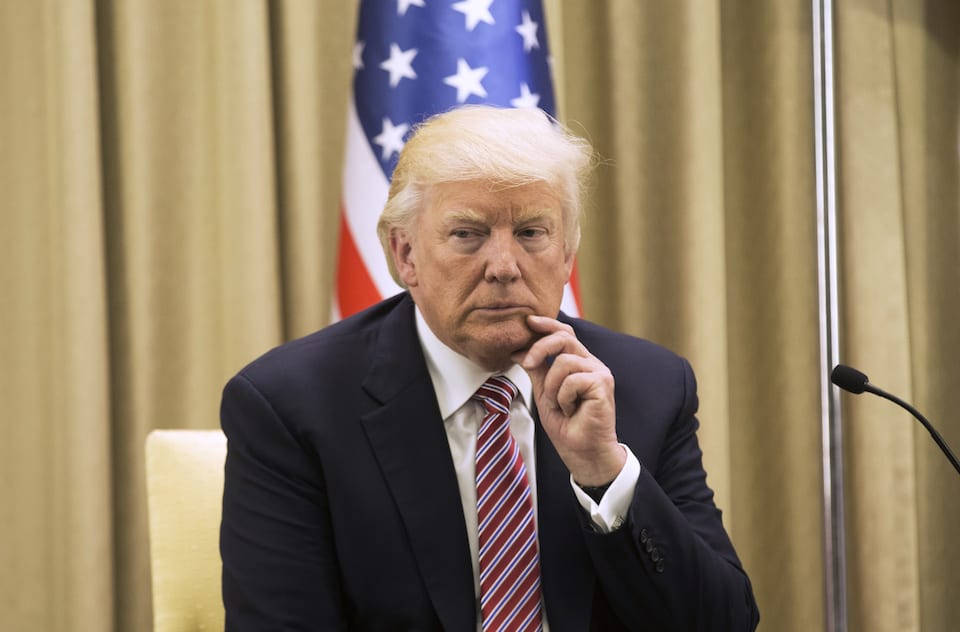 (Atef Safadi, EPA Pool via AP)
Get The American Independent in your inbox

Donald Trump owes Israel an apology for revealing its highly classified information to Russia in a dangerous and reckless move that endangered the lives of those on the front lines of fighting terrorism. But that apology will not be coming, according to the Trump administration.

Donald Trump's reckless decision to share Israel's password-only classified information with Russia has already had serious ramifications, including endangering the lives of Israeli spies and others who gather such information.

It was a move that enraged Israeli officials, who said that it jeopardized the safety of its spies who are embedded in ISIS. It also concerned other American allies, who feared that continuing to share intelligence with the United States would endanger their own security and that Trump could not be trusted to handle classified information appropriately.

But even as Trump is in Israel during his first international trip as president — a trip that has already become an embarrassing spectacle — he has no intention of apologizing for his betrayal of a close ally.

On Monday, reporters aboard Air Force One asked Secretary of State Rex Tillerson if the president would apologize to Israeli leaders for his egregious violation. Tillerson's answer? "I don't know that there's anything to apologize for."

It is not exactly surprising that Trump would refuse to apologize. He has long made clear that he has never, in his opinion, committed any act that merits an apology.

Even during his presidential campaign, when he blatantly pandered to the religious right and was asked whether he had ever sought forgiveness from God, Trump said he had not and saw no reason "to bring God into that picture."

Trump also refused to apologize for any of the despicable insults he so casually flung about — against Sen. John McCain for being captured in Vietnam; against Sen. Ted Cruz, for accusing his father of being involved in the assassination of President John F. Kennedy; against a disabled reporter he mocked; against Mexican immigrants he described as rapists; against Muslims he threatened to ban; against the Gold Star family he attacked; against Hillary Clinton, whom he falsely accused of absurd things and derided with childish name-calling on a daily basis.

The list of things Trump ought to apologize for, but never has, is long. Very long.

Trump and his Republican defenders — including McCain — have insisted that Trump did not break the law by sharing this information with Russia. But that is hardly the issue. Whether Trump had the legal right to share that information, he violated the trust of one of America's closest allies and undermined the nation's relationship with all of its closest partners in the fight against terrorism.

And because of his actions, he quite possibly put many lives at risk.

If Trump's own secretary of state — that man responsible for ensuring and strengthening America's relationship with other countries — does not recognize the need for an apology, perhaps he is as ill-suited for his job as Trump is for the presidency.