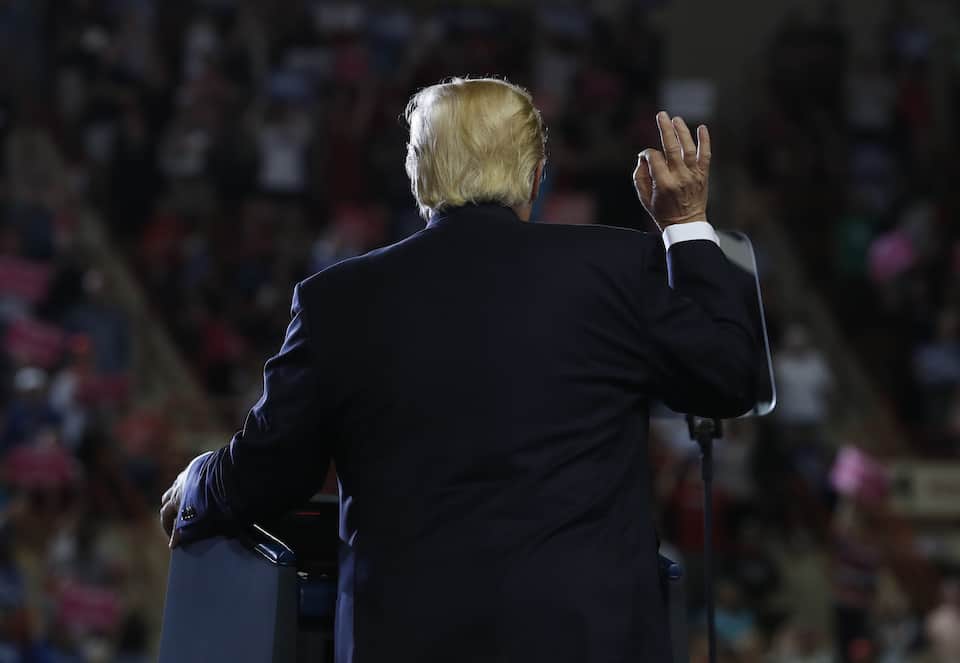 Donald Trump continues working towards making the White House a safe space for dictators, telling a news agency that he would be "honored" to host North Korean dictator Kim Jong Un.

Donald Trump continued his outreach to international dictators, remarking that he would be "honored" to host North Korean dictator Kim Jong Un.

Talking to Bloomberg News, Trump said, "If it would be appropriate for me to meet with him, I would absolutely, I would be honored to do it," adding, "If it’s under the, again, under the right circumstances. But I would do that."

Trump appeared to pat himself on the back later in the discussion remarking, "Most political people would never say that, but I’m telling you under the right circumstances I would meet with him. We have breaking news."

The North Korean leader has repeatedly thumbed his nose at the international community by continuing to pursue a nuclear arsenal. Indeed, Trump's comments come within 48 hours of North Korea testing a ballistic missile. And the autocratic regime has issued threats against the United States, and our allies South Korea and Japan.

Trump previously praised Kim Jong Un from the Oval Office, noting, "He’s 27 years old. His father dies, took over a regime. So say what you want but that is not easy, especially at that age." Yet at the same time, Trump held a recent briefing with every U.S. senator on national security responses to North Korea that was derided by representatives of both parties for its lack of substance.

These statements are a continuation of Trump's public praise for leaders of oppressive regimes, including those in Syria and Turkey, as well as past leaders like the "Butcher of Baghdad," Saddam Hussein.

And Trump recently extended a White House invitation to Philippine strongman Rodrigo Duterte, who is responsible for the deaths of thousands. Duterte reportedly turned Trump down.

Trump continues to abdicate America's role in leading the world towards democracy and equality and away from tyranny.