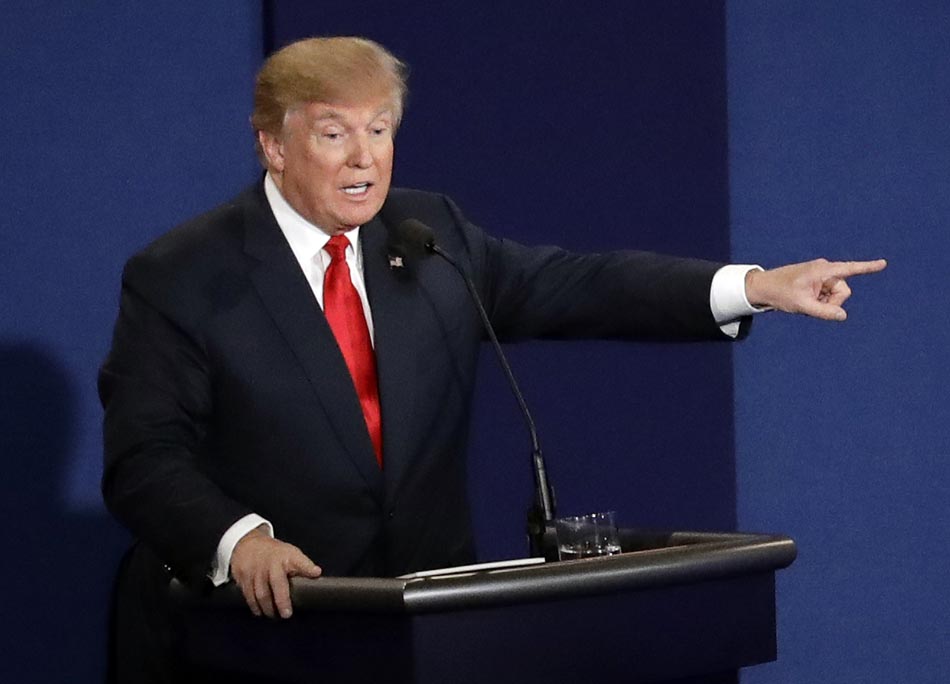 During the segment of the debate on immigration, Donald Trump said: "We're going to secure the border, and once the border is secured, at a later date, we'll make a determination as to the rest. But we have some bad hombres here, and we're gonna get 'em out."

Later, while Hillary Clinton was answering a question on the economy, and referred to Trump's habit of avoiding paying taxes, he leaned down to sneer into his microphone, "Such a nasty woman."

Here's the moment where Trump could not help but characterize Hillary Clinton as "such a nasty woman." pic.twitter.com/1d18SMReXE

To Trump, who spent the entire evening talking about how America is a disaster, peppered with hellholes and compromised by leaders who are stupid, this is how he sees the people of the country he seemingly despises: Bad hombres and nasty women.

And only he can save it from their bad, nasty clutches.

The truth is, Clinton is the only one of the two of them who actually cares about this country. She petitions to serve all Americans, while all he does is denigrate them. She learns about the issues, while all he does is spew incoherent nonsense, because he doesn't care enough to learn. She comes out wearing Suffragette white to debate a man who refuses to even say he'll respect the election results.

As usual, Team Hillary got the final word.