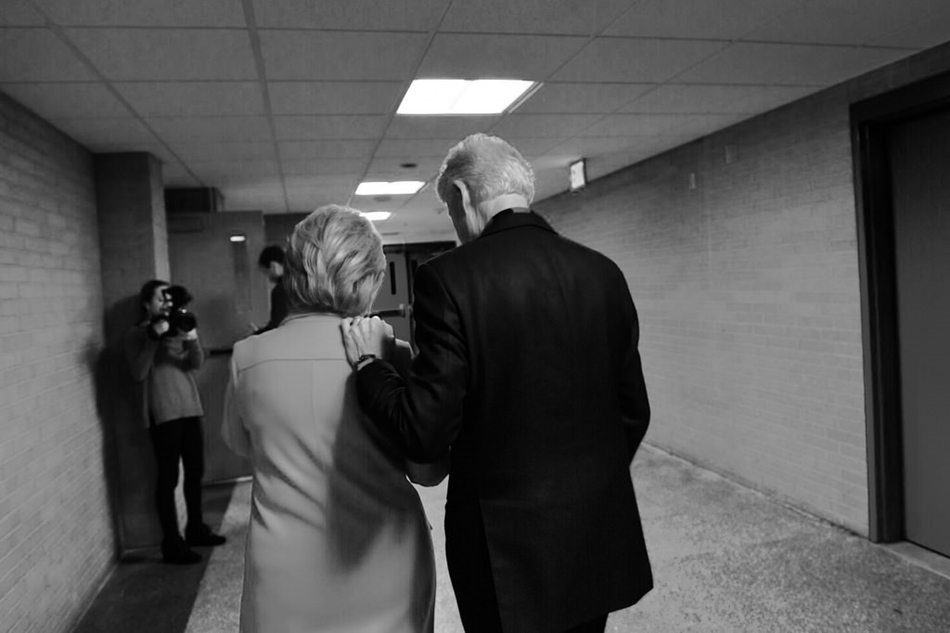 I wrote this in September: "Donald Trump's strategy of assailing Hillary and Bill Clinton's marriage is both sleazy and politically self-destructive. Flinging mud at your opponent's spouse to deflect from your own disgraces doesn't sit well with voters." Sure enough, a new Washington Post poll confirms the point.

A new Washington Post-ABC News poll shows people don't even think Bill Clinton's well-documented history of indiscretions and other allegations made against him are relevant to this campaign. And this is despite Trump's repeated efforts to raise them in recent weeks.

The Post-ABC poll asked whether people thought "Bill Clinton's treatment of women" is a legitimate issue. Just 31 percent of likely voters said it is, while two-thirds (67 percent) said it isn't. Even Republicans said by a 50-46 margin that it isn't a legitimate issue.

I predicted this outcome several weeks ago:

During the 2016 primaries, when Donald Trump began teasing his promised assault on the Clinton marriage, I wrote about my experience in Clinton world and why I believed his attacks would fail. Now, as his campaign shows signs of imploding, Trump and his band of Clinton dirt-merchants (Roger Stone, David Bossie, Roger Ailes, Newt Gingrich, Sean Hannity, Rudy Giuliani, Stephen Bannon, etc.) are back at it.

...In their personalities and their political careers, Hillary and Bill Clinton are profoundly different people, each brilliant and gifted individuals in their own right. The American people understand that intuitively. Trump’s attempt to conflate them is a dangerously flawed political calculus that will backfire badly.

The Clinton marriage and partnership has been the subject of tireless scrutiny over the decades, and when Trump lumps the Clintons together and attacks her for his actions, when he treats them as an inseparable unit, people can sense that he is doing it out of desperation. And no one likes a desperate candidate.

Furthermore, as my colleague Melissa McEwan points out: “When Trump treats Hillary and Bill Clinton as a single entity, it is not only a sign of a flailing candidate who is losing on policy; it is also yet another signal that he doesn’t view married woman as distinct from our husbands. That never plays well with women.”

Trump and his tricksters may believe they have no other choice in light of his defeat at the first debate, his sagging poll numbers, and the fallout from his repugnant comments about groping women.

When bullies get their comeuppance, they fight even dirtier.

Trump is calculating that dredging up the 90s is a viable attack strategy. He couldn’t be more mistaken.