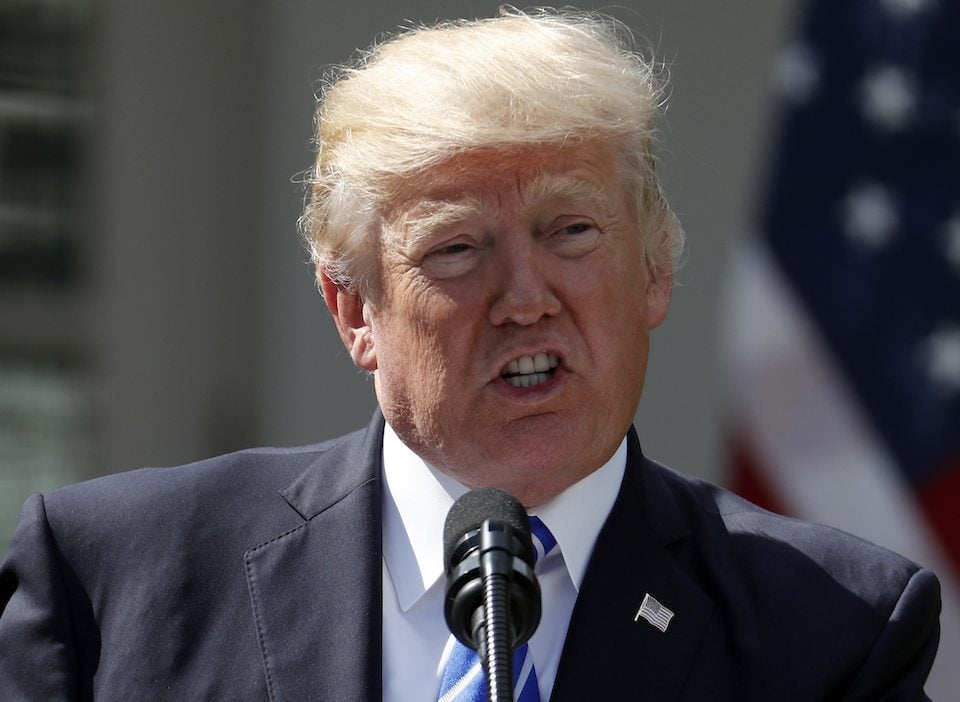 His perpetual whining about the media comes straight from AM talk radio, but nobody outside the Trump bubble is buying it.

Donald Trump’s chronic whining about the press might make his loyalists feel good and stoke anti-media fervor, but it isn’t converting voters in terms of who they think is more trustworthy, reporters or Trump.

“We continue to find that he is losing all of his battles with the media,” writes Tom Jensen and Public Policy Polling, which released a new poll on Thursday.

In recent years, conservatives have even tried to drag ESPN, the all-sports channel, into the political fray, concocting far-flung and baseless claims that the channel has become a tool of the DNC.

Not surprisingly, more Americans trust ESPN than they do Trump.

Just this week, Trump tweeted out the comical conspiracy theory that Facebook had somehow colluded with the Washington Post, which then colluded with its prime competitor, The New York Times, to target Trump for negative coverage last year.

The mini-hissy fit came after news broke that Facebook, far from targeting Trump last year, discovered that thousands of political ads published on its platform over the past two years were linked to fake accounts based in Russia. And they were ads designed to help Trump win the White House.

But of course, what Trump offers up isn’t even remotely a serious critique of the press. Instead, it’s just a running string of whiny attacks where he sounds more like a cantankerous, septuagenarian Fox News viewer than he does the president of the United States.

For instance, following two days of bipartisan furor over Trump’s complete mishandling of the white supremacist violence in Charlottesville, Virginia, in August, Trump lashed out at the press, insisting they were to blame for his botched response:

Made additional remarks on Charlottesville and realize once again that the #Fake News Media will never be satisfied...truly bad people!

Trump kicked off his August vacation last month with a full side of attacks on the press and maintained a frantic pace all summer.

Outside his bubble, nobody’s listening.