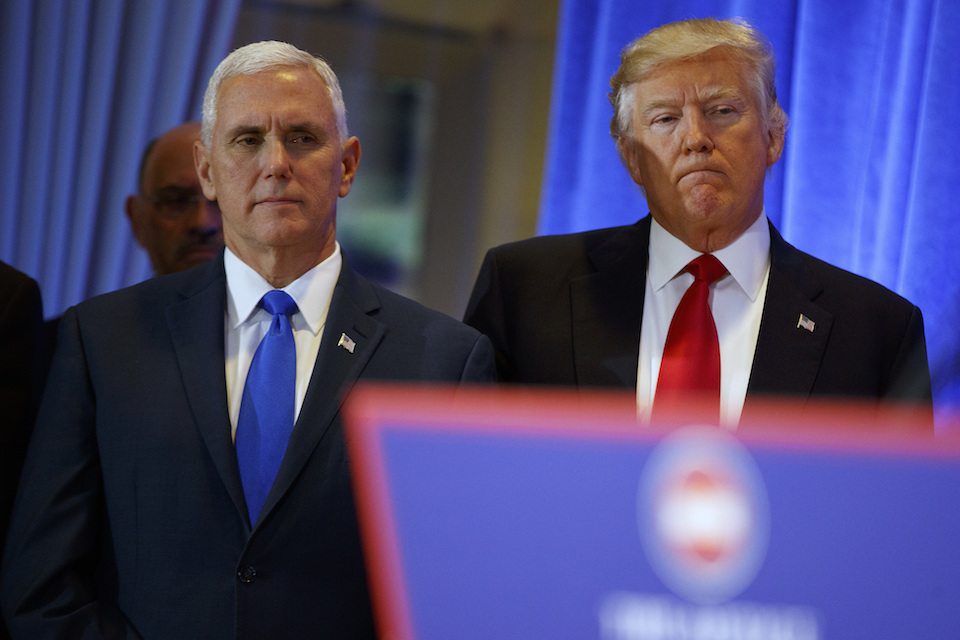 Already hounded by bipartisan criticism and controversy, the White House’s so-called "Election Integrity Commission" took another hit Monday, this time in the form of an ACLU legal filing.

The group’s lawsuit accuses the commission of conducting its business in secrecy and of violating the Federal Advisory Committee Act.

Co-chaired by Vice President Mike Pence and Kansas Secretary of State Kris Kobach, the commission is intended to investigate baseless allegations made by Donald Trump that millions of fraudulent ballots were cast during last November’s election.

But not only is the commission chasing non-existent ghosts, according to the ACLU, it’s also violating federal statute:

Federal law requires that commission meetings be open to the public, with timely notice provided, allowing for in-person attendance, and that written records be made available to the public. The commission must also adopt measures to ensure that its work is not inappropriately influenced by special interests or the president himself.

Kobach can't be happy about the move, considering the ACLU has previously sued to stop his voter suppression efforts in the state of Kansas — and won. In 2016, a state judge ruled that Kobach wasn't allowed to oversee a two-tiered voter registration system for the state.

It suffered a sweeping and immediate setback when, in a rare bout of bipartisan resistance, virtually all of America’s secretaries of state informed the White House that they would not be complying with the commission’s unprecedented voter data requests.

Incidentally, the weekend prior to the announcement of the lawsuit, most of the nation’s secretaries of state met in Indianapolis for their annual gathering. Kobach was a noticeable no-show at the voter conference, which one secretary of state called "awkward."

But rather than worrying about voter fraud, they expressed doubts that the U.S. can adequately safeguard against foreign interference during the upcoming 2018 election cycle.

The officials "are concerned that the Russians may have gained knowledge that could help them disrupt future elections," the Associated Press reported.

No word yet when Trump is going to form a commission to investigate that looming crisis. After all, he'll be busy meeting the ACLU in court — once again.