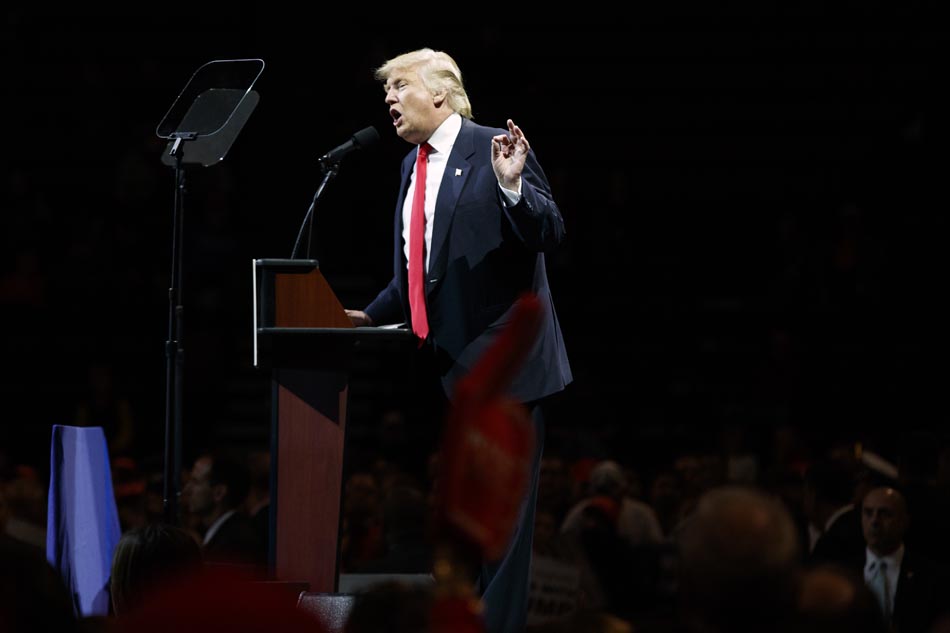 A new survey by the Southern Poverty Law Center finds that the "Trump Effect" is having a disturbing impact in America's schools, with fully 90 percent of educators reporting "that school climate has been negatively affected, and most of them believe it will have a long-lasting impact."

Donald Trump has used his platform, first as a candidate and now as President-elect, to bully and belittle marginalized people. The tolerance of his high-profile expressions of bigotry has empowered the people who share his views, leading to numerous reports from educators that young people are starting to follow his lead.

My colleague Ginger McKnight-Chavers has written about the toxic environment of racial harassment and violence on college campuses in the wake of Trump's election, engendering fear for Black students' safety within their families.

And this "Trump Effect" is just as stark in K-12 schools. The Southern Poverty Law Center surveyed over 10,000 educators all around the country, finding that 90 percent of the educators believe their schools were negatively impacted by the election, 80 percent report that their students from marginalized populations fear for themselves and their families, and 40 percent have witnessed an incident in which minority students were targeted and harassed.

The SPLC report goes on to document chilling examples of Swastikas painted on school bathroom walls, sexual harassment and assault of female students, and racial epithets shouted in hallways or scrawled on homework assignments.

These incidents of intimidation and harm are not relegated to one state or region. In Utah, the governor and superintendent of public instruction issued a joint statement of condemnation, while state civil rights officials in Michigan have been investigating incidents in several districts. More horror stories have emerged from Kansas, Tennessee, Oregon, and Georgia.

In Texas, these incidents are a daily reality for my family.

My fiancée is a junior-high special education teacher in a tiny town in central Texas. Every day, she leaves our home in the Hill Country suburbs outside the capital city of Austin and drives the long commute deep into one of the most rural parts of the Lone Star State.

Small towns of the sort my fiancée works in are among the most socially conservative parts of the country — in one glaring example, the vice-principal of her school is so anti-gay that he once screamed at two male students in the hallway just for hugging. And yet, because Texas is on the Mexican border, it is one of the most ethnically diverse states in America — the town she works in is barely two-thirds white.

In many ways, Texas is a perfect storm for tension in the age of Trump. When large numbers of people of color, many of whom are recent immigrants, have to live and work with enthusiastic supporters of a president who campaigned on a racially-charged, nativist agenda, it is an instant recipe for conflict.

In the immediate aftermath of the presidential election, white students all over her school marched through the halls, cheering "Trump! Trump! Trump!" Many of them started targeting their Hispanic classmates, sneering that Trump was going to deport them, having understandably and demonstrably negative effects on the Hispanic students obliged to navigate hatred in what is meant to be a safe environment. My fiancée does her best to keep it safe for them.

Her experience is one of many, across the nation. Her minority students' experiences are some of many — and the cost of their education should not be having to weather hatred. To have your mind preoccupied by fear of your classmates is a profound educational disadvantage.

And that our president-elect does not appear to care about the consequences of his rhetoric and policy is a grievous injustice.