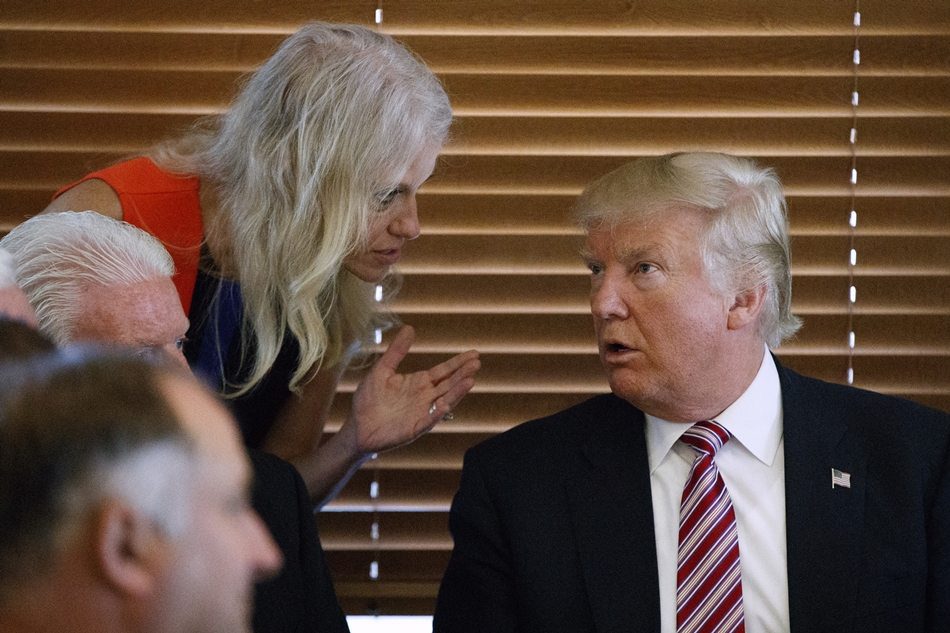 When Kellyanne Conway took the helm of Donald Trump's campaign, she immediately took a prominent public role, providing cover to Trump's sleaze-merchants (Bossie, Bannon, Stone, Ailes, etc.) to work behind the scenes. But her previous statements about Trump tell a damning story.

Kellyanne Conway is a ubiquitous presence on the airwaves, advocating for Donald Trump, whose campaign she manages. But Conway's past criticisms of Trump are catching up with her (and him):

Trump's current manager agrees that Trump built his wealth on the backs of poor and working people. She gets it. pic.twitter.com/lLYN0bUfPk

#KellyAnneConway Trump “Can Whine And Complain” By Saying “The System Is Rigged”#NeverTrump#ImWithHerhttps://t.co/T6waRqCjIz

Just two examples of the truth about Trump being revealed by his own campaign manager.