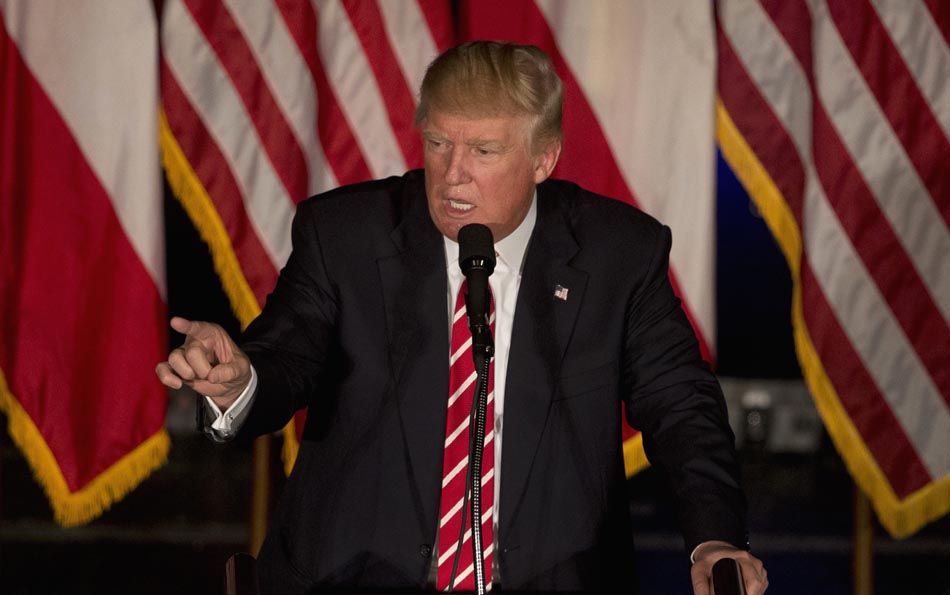 Donald Trump's reaction to North Korea's nuclear capabilities have now proven that pre-election fears and concerns about his inability to handle the immense pressure of America's nuclear responsibility were completely accurate.

Donald Trump has responded to provocative actions by North Korea with a cavalcade of responses that have been all over the place and not in line with what has kept Americans safe in the past. He continues to prove that pre-election concerns about his readiness to lead were right, and possibly even understated.

The Defense Intelligence Agency has reportedly assessed that North Korea has successfully found a way to miniaturize a nuclear warhead for delivery on an intercontinental ballistic missile, a development which could pose a threat to U.S. allies like South Korea, and to the United States itself.

Instead of trying to de-escalate the situation in the region, which has already been tense for decades, Trump made a petulant-sounding threat while vacationing at his golf resort. Arms folded, he declared that North Korea would face "fire and fury like the world has never seen" if they continued to provoke the U.S.

Even more alarmingly, the New York Times reports that his statement "was entirely improvised" and that aides had no idea he was going to use language that sounds like something out of a poorly written comic book. Former Marine general John Kelly, who is Trump's newest chief of staff, was reportedly "taken by surprise" by the remarks — which would seem to contradict reports that Kelly would instill discipline in the chaotic White House.

And there were a host of other negative and worried responses to Trump's brashness.

And Maryland Sen. Ben Cardin, the ranking Democrat on the Senate Foreign Relations Committee, remarked that Trump's comments  "once again show that he lacks the temperament and judgement to deal with the serious crisis the United States confronts."

Joe Cirincione, president of the Ploughshares Fund and a nuclear non-proliferation expert, told MSNBC that Trump's response was "probably the worst way a president could handle a threat like this," and showed the world that between Trump and Kim Jong-un, "you have two insecure, inexperienced, impulsive leaders in control of a vast amount of destructive force squaring off in the most heavily militarized area on earth."

This is — the seriousness of this situation could not be overestimated, not because North Korea can hit us in a bolt out of the blue attack that could take out Los Angeles or Seattle. No. What you're worried about is that you have two insecure, inexperienced, impulsive leaders in control of a vast amount of destructive force squaring off in the most heavily militarized area on earth. A conventional war could kill hundreds of thousands of South Koreans in the first few hours. A full-out conflict could kill millions, could devastate South Korea, removing the 11th largest economy on earth.

And the danger is not that either leader would necessarily intentionally start a war, but that they could stumble into it, a miscalculation, a miscommunication, a misunderstanding, a shooting incident which could quickly escalate. Look at what North Korea just did. They just threatened Guam, hours after the president of the United States said that if you threaten us again, you'll be met with fire and fury. They're blowing through this president's red lines like tissue paper. What is Trump going to do now?

Even Trump's fellow Republican, Arizona Sen. John McCain, who has been a serial supporter of military intervention around the world, criticized Trump, noting, "That kind of rhetoric, I'm not sure that helps."

Secretary of State Rex Tillerson further muddied the waters, telling reporters, "I think Americans should sleep well at night" after Trump's comments, adding that there is a method to Trump's apparent madness because he "is sending a strong message to North Korea in language that Kim Jong Un would understand."

Tillerson presides over a State Department woefully understaffed and unprepared to respond to global crises, and has demonstrated ignorance of international affairs. Yet now he expects to be taken credibly as an expert in North Korean diplomacy, as Trump makes the same sort of bellicose and uninformed remarks for which he is infamous.

White House aide and Nazi sympathizer Sebastian Gorka added fuel to the fire in an appearance on Fox News, justifying Trump's actions by asserting that the United States is a "hyperpower" that can dominate North Korea. Pushing America further towards nuclear confrontation must be more proof that Trump is "crushing it" as Gorka once claimed.

There were ample warning signs during the presidential campaign that Trump would take America and the world to this uncomfortable place. In the final presidential debate, Hillary Clinton noted that Trump had in the past been "very cavalier, even casual about the use of nuclear weapons."

Clinton then cited the public letter authored by a group of former nuclear-launch officers who said "Donald Trump does not have" the "leadership qualities" to be trusted with America's nuclear arsenal.

They concluded, "He should not have his finger on the button."

Unfortunately, we are now seeing just how right they were.