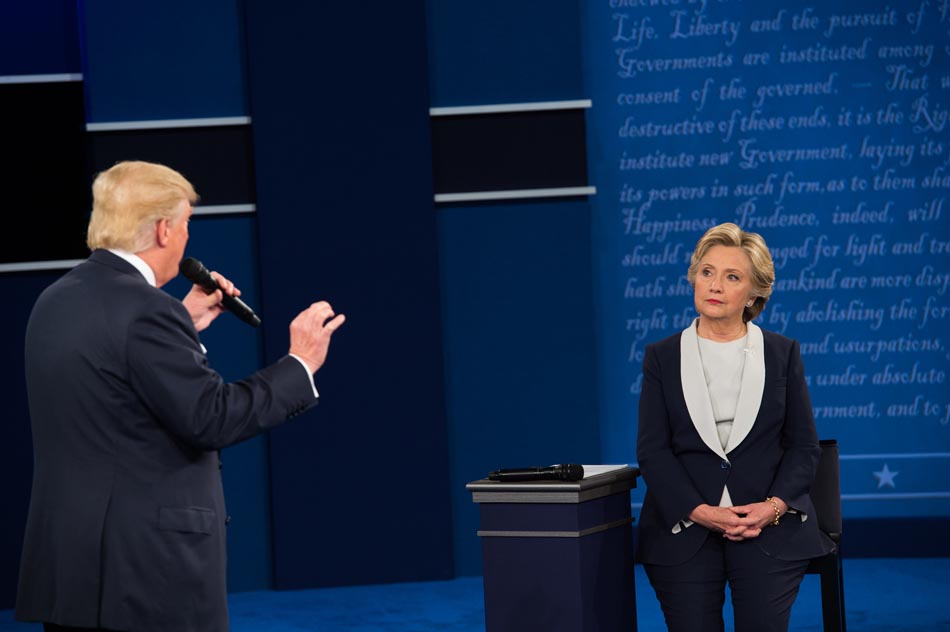 Donald Trump announced, via spokesperson Kellyanne Conway, that he will not pursue criminal investigations of Hillary Clinton or the Clinton Foundation. That is not how the U.S. justice system works — and his misunderstanding is deeply troubling.

During the second presidential debate, Donald Trump threatened his opponent Hillary Clinton by saying: "If I win, I am going to instruct my attorney general to get a special prosecutor to look into your situation." He oversaw rallies at which people chanted "Lock her up!" But now he has agreed not to further pursue investigations against her or her family's foundation.

BREAKING: Trump will not pursue further investigations of Clinton related to her private email server or the Clinton Foundation, Conway says

On Morning Joe, Kellyanne Conway said, "If Donald Trump can help her heal, then perhaps that's a good thing to do."

This is not about "healing." This is about the fact that Clinton has already been thoroughly investigated and exonerated.

It is also about Trump's profound misunderstanding of the scope of presidential power.

Guys, our Justice system doesn't work that way (or at least isn't supposed to work that way) https://t.co/9xYkMV7x0V

Not entirely up to him. His FBI and DOJ can keep probing; so can House committees and Judicial Watch. https://t.co/fwTXN1ipCW

And now for your timely reminder that in non-autocracies, the question of whether to prosecute your opponent is 👏🏾not 👏🏾even 👏🏾on the table. https://t.co/MEI7Lhfonx

Trump is asserting a power the United States president does not have, and, more importantly, should not have.

Investigations by Congress, the Department of Justice, and federal law enforcement are not governed by the president's whim.

But in both his original threat, and now in his reversal, he indicates that he believes otherwise.

It is a dually cynical bid: To reinforce the narrative that Clinton has done something worth investigating (again), and to present himself as fair and just. Neither are accurate.

There is no magnanimity in backing off a threat that never should have been made in the first place.

And his evident belief that justice turns at the wave of the president's hand is chilling.