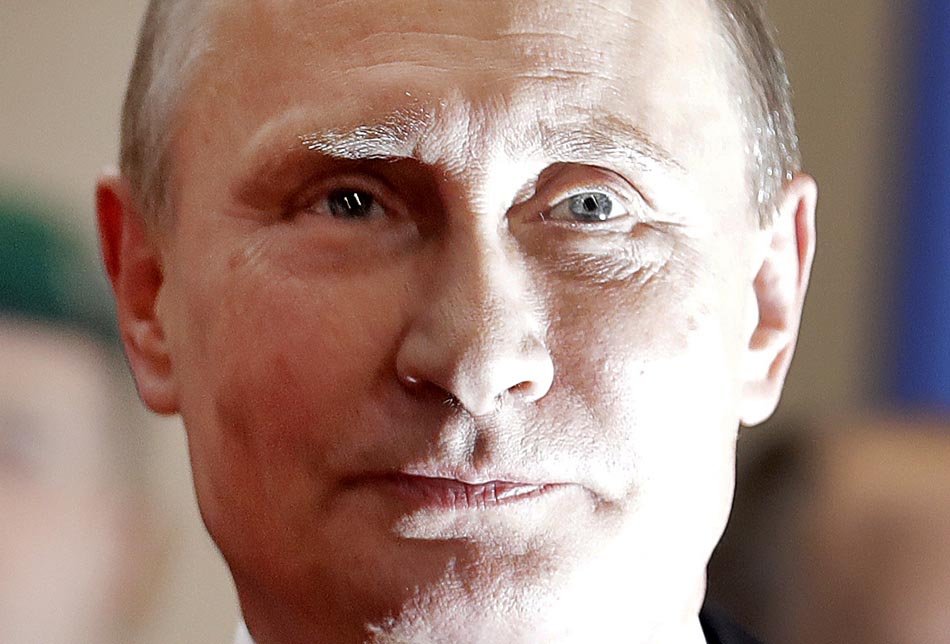 The Associated Press just broke the news that a senior U.S. official claims Russia knew, in advance, of Bashar al-Assad's chemical weapons attack. The revelation casts an especially poor light on the already-disturbing fact that Donald Trump immediately jumped to defend Russia in the wake of the attack.

Donald Trump is still basking in the afterglow of the positive media coverage that immediately followed his decision to militarily disable a Syrian airbase for a day, but a new report from The Associated Press could, and should, put a damper on all that.

In the hours following the horrific chemical weapons attack on civilians in Idlib, Trump immediately jumped to absolve Russia of any responsibility for its ally's actions, and even called the attack a "very sad day for Russia":

THRUSH: What do you think it says about the role of Russia in Syria?

TRUMP: Well, I think it’s a very sad day for Russia because they’re aligned, and in this case, all information points to Syria that they did this. Why they did this, who knows?

THRUSH: What about Russia’s role in all this in abetting the —

That defense was disturbing when Trump made it, but grows all the more haunting in light of this news from the AP:

The official says a Russian-operated drone flew over a hospital in Syria as victims of the attack were rushing to get treatment.

Hours after the drone left, a Russian-made fighter jet bombed the hospital in what American officials believe was an attempt to cover up the usage of chemical weapons.

Until Monday, U.S. officials had said they weren't sure if the drone was operated by Russia or Syria. The senior official said it still wasn't clear who was flying the jet that bombed the hospital.

The official said the presence of the drone couldn't have been a coincidence, and that Russia must have known the chemical weapons attack was coming and that victims were seeking treatment.

Trump and his administration have been sending strange and contradictory messages on Russia and Syria, even calling Russia an "ally," but they have been consistent about a desire to work with Russia on defeating ISIS.

If Russia did know in advance about Syria's chemical weapons attack, it is not only yet another moral outrage for a pair of war criminals, but it also shows the absurdity of the White House's insistence that Russia is in any way our "ally" worthy of Trump's sympathy.