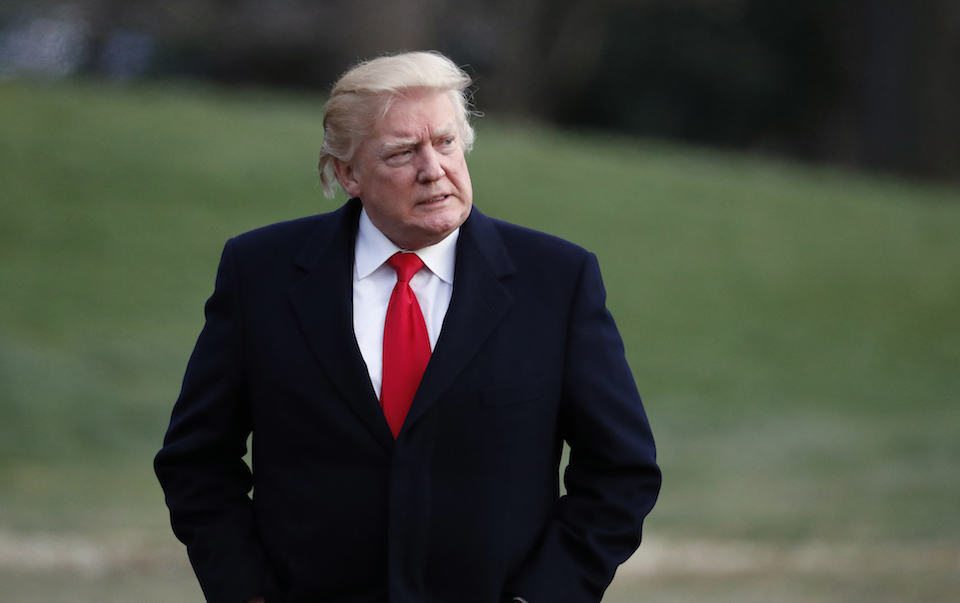 The White House press release proclaiming "World Autism Awareness Day" emphasizes the need for a "cure" and treats public accommodation as a secondary issue — trampling over years of activism from the autistic community about how we wish to be seen and included.

Donald Trump has long had a serious problem talking about autism.

He has aligned himself with the anti-vaccine movement, promoting debunked conspiracy theories that autism is caused by toxic responses to childhood immunization. He considered creating a "vaccine commission" chaired by science denier Robert F. Kennedy Jr., and his budget plan would slash funding for the agency in charge of vaccination standards. Trump's attacks on public health have encouraged parents to stop immunizing children, endangering them and others around them who cannot be vaccinated for legitimate medical reasons.

But as an autistic man, I find something else disturbing about Trump's attitude toward us, something that goes deeper than his rejection of medical science.

Trump's White House issued a press release proclaiming "World Autism Awareness Day." On the surface, it looks like an improvement from Trump's past stances, at least insofar as it does not mention vaccine conspiracy theories.

But key parts of the statement show Trump cannot get past a fundamentally dangerous view of autism that lies at the root, not just of the anti-vaccine movement, but generations of misguided parents and professionals who silenced our voices as human beings:

We are hopeful that our Nation's efforts will result in significant advancements related to autism diagnosis and treatments in the months and years ahead. Ongoing efforts to scan the human genome carry significant potential to better manage the disorder and, ultimately, find a cure. My Administration will continue to work with the Congress to implement the 21st Century Cures Act and help to clear the way for breakthroughs in medical science. Together, we will turn scientific discoveries into real solutions for people with complex health issues like autism.

There are words in that paragraph which jump out at me, like "treatment," "cure," and "health issues." I have written extensively about my personal experiences with autism — both what it feels like to be autistic and the struggle to find educational resources and adjustment — and what Trump is describing here is the last way I want my life to be viewed.

Trump is perpetuating a dangerous belief that autistic people are damaged or broken, and that we need fixing — that there is something wrong with someone like me existing as I am. When people speak of autism in this manner, it feels as though they believe that those of us on the spectrum — as well as our friends and families — would be better off if everything about us, all of our life experiences and perceptions and consciousness, simply vanished. Trump's statement seems to advocate the idea that my parents' lives would have been easier if I had been born as someone else, someone with a "normal" brain.

Autism is not a disease. It is a different way of being a person, like many other facets of identity. What's more, many of the quack therapies sold to parents to "cure" autism over the years, from bizarre diets to chelation to deep-tissue castration shots, were outright torture of children, in which some of them died due to these treatments which were supposed to "help." Lives were ruined because of parents who believed, like Trump does, that autistic children needed to be fixed.

I was fortunate enough to have parents who empowered me as a person, but even my childhood was full of other people who did not. For every great teacher who empathized with my struggle, there was one for whom getting me to stop acting out was no more a two-sided relationship than, say, pushing the reset button on a smoke alarm. Who cares why a smoke alarm is beeping, as long as you know how to make it stop?

Today, groups like Autistic Self Advocacy Network fight the idea that we need someone else to decide our welfare, and seek to move past the days when the debate over autism consisted of people who are not autistic arguing with other people who are not autistic. We should not be talked about as if we are mistreated steers who need more comfortable pens. We are human beings with a right to advocate for our own future.

There is no one voice of autism advocacy and no one thing we all need, but generally, what we want is not to be "cured" but to be accepted. We want accommodations in public spaces. ASAN, for instance, suggests numerous guidelines to help autistic people participate in conferences. These sorts of accommodations, from rooms free of sensory overstimulation to color-coded communication badges, should be available to people in schools and workplaces as well.

Trump's press statement, however, treats public accommodations as an afterthought, a second line of defense against those who cannot be "cured."

Cutting edge therapies and lifelong treatments can impose enormous burdens and expenses on the families of people with autism spectrum disorders.

This is true, but it misses the point: The main reason autism may be a "burden" on families is because our society and our public programs are ill-equipped for neurodiversity. Trump has offered no concrete ideas to address this (but Hillary Clinton did).

The Autistic Self Advocacy Network strongly condemns the President’s regressive World Autism Awareness Day proclamation, and the announcement that the White House will be participating in Autism Speaks’ “Light It Up Blue” campaign. After a decade of progress in which public conversations about autism have increasingly shifted away from tragedy and fear and towards acceptance and inclusion, the White House’s actions signal a disturbing attempt to drag autistic people back to the margins. ASAN will not let our community be forced back to the too-recent time when the public consensus was that autistic people should not exist. [...]

It may have been better for Trump not to issue any statement at all. The kind of "help" he wants to give us sets the conversation on autism back 20 years. But we in the community will continue to fight our own battles, and it increasingly looks as though one of those battles will be with the White House.