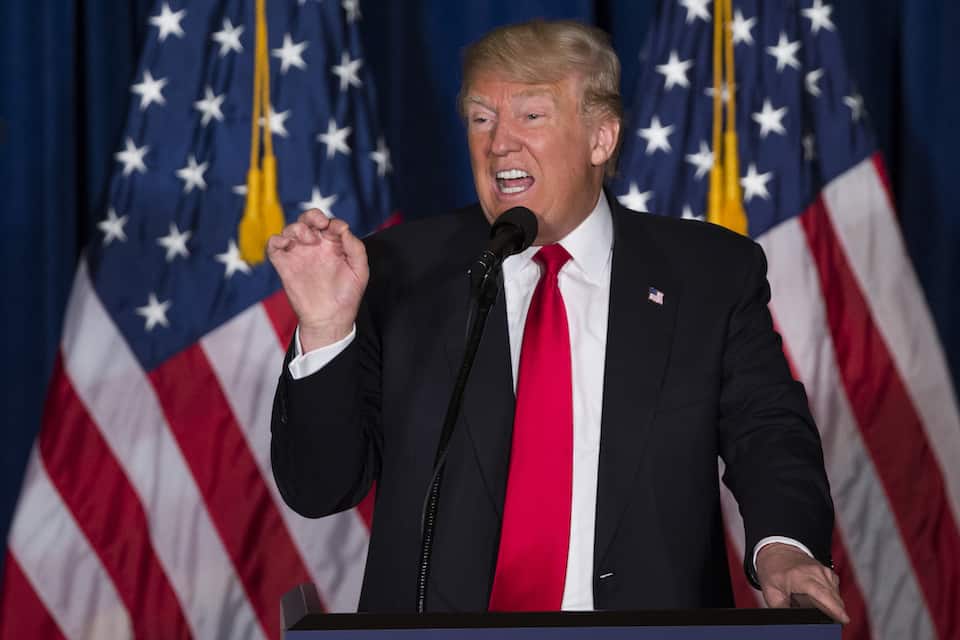 The onset of Donald Trump's presidency saw a sharp decline in international tourism to the United States, as his embarrassing blunders and repugnant behavior have lowered the nation's standing around the world.

U.S. tourism officials had been fretting about the possible ‘Trump Slump’ all year, and now government data has confirmed their worst fears: International tourism plummeted during the first three months of 2017.

And that sharp decline has cost the industry, and the U.S. economy as a whole, billions in lost spending.

"New figures released by the U.S. Department of Commerce show a drop in international visitors to the United States by close to 700,000 in the first quarter of 2017 compared to the previous year," the New York Times reports. "European countries were down 10.1 percent, and Mexico was off 7.1 percent in the quarter."

That immediate decline represents a loss of nearly $2.7 billion in spending, according to one analyst’s estimate.

Ever since Donald Trump was elected, tourism officials feared that his bellicose and xenophobic rhetoric, along with his radical agenda that often targets foreigners, would turn off would-be visitors. Trump’s proposed Muslim travel ban represented the most high profile and controversial initiative that signaled to foreigners that they might no longer be welcomed here.

"It’s not a reach to say the rhetoric and policies of this administration are affecting sentiment around the world, creating antipathy toward the U.S. and affecting travel behavior," the president of Tourism Economics told the Times.

By comparison, as the Times notes, international tourism increased six percent the year after President Barack Obama was re-elected in 2012.

There’s no question America’s reputation around the world has taken a huge hit this year. A Pew Research Center poll in June found that less than 50 percent of respondents in 37 nations had a positive view of the United States, compared to 64 percent who held the same view at the end of President Obama’s term in office.

Back in April, the Los Angeles Tourism and Convention Board warned that L.A. County might suffer a three-year loss of 800,000 international visitors, totaling $736 million in lost spending.

And after tapping nearly non-stop tourism growth in recent years, New York City earlier this year announced it expected a rare decline in business from foreign visitors in 2017.

The tourism industry is absolutely central to a strong U.S. economy, since its reach is so vast and it generates so much spending.

And that’s according to the government’s own estimates: [emphasis added]:

Obama helped served as America’s welcoming ambassador to the world.

Trump is doing his best to slam the door shut.