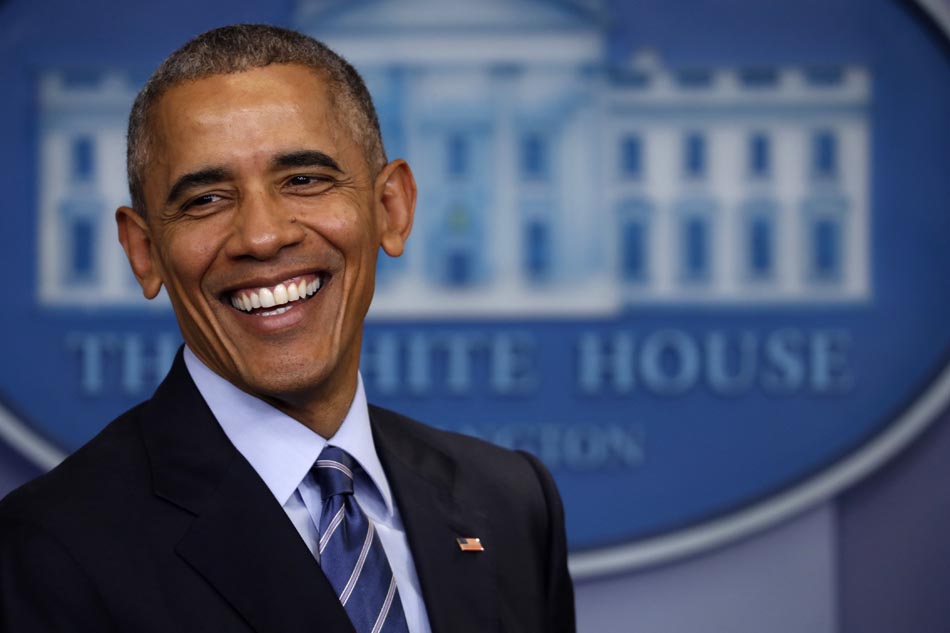 President Obama's Father's Day morning tweet talks about his pride in his kids, while Trump's tweets lie about his polling numbers and the supposed "witch hunt" out to get him.

As if America needed yet another reason to miss President Obama, Donald Trump gave us one on Father's Day.

While President Obama sent a morning tweet saying how proud he is to be Sasha and Malia's dad, and wishing other fathers a happy Father's Day, Trump used his Twitter account as he always does: to lie, talk about himself, and smear others.

To make matters more embarrassing for Trump, his tweet claiming that his approval rating is higher than President Obama's is laughable.

The poll he cites is a an outlier and its source is known for inaccuracy, receiving only a C+ rating from FiveThiryEight. Higher quality polls, such as Gallup, currently have Trump's approval at a dismal 39 percent — a historically low number for a new president.

NBC's senior news editor and writer Bradd Jaffy perfectly captured the juxtaposition between President Obama and Trump's messages to America, simply by placing them side by side:

In just three hours, the tweet had almost 20,000 interactions, with more coming in by the second.

Americans know Trump's claims of a "witch hunt" are bogus, and they are worried he is "too friendly" with Russia. They are tired of his broken promises and his lies.

But perhaps more than anything, and increasingly by the day, they miss his more trustworthy predecessor.