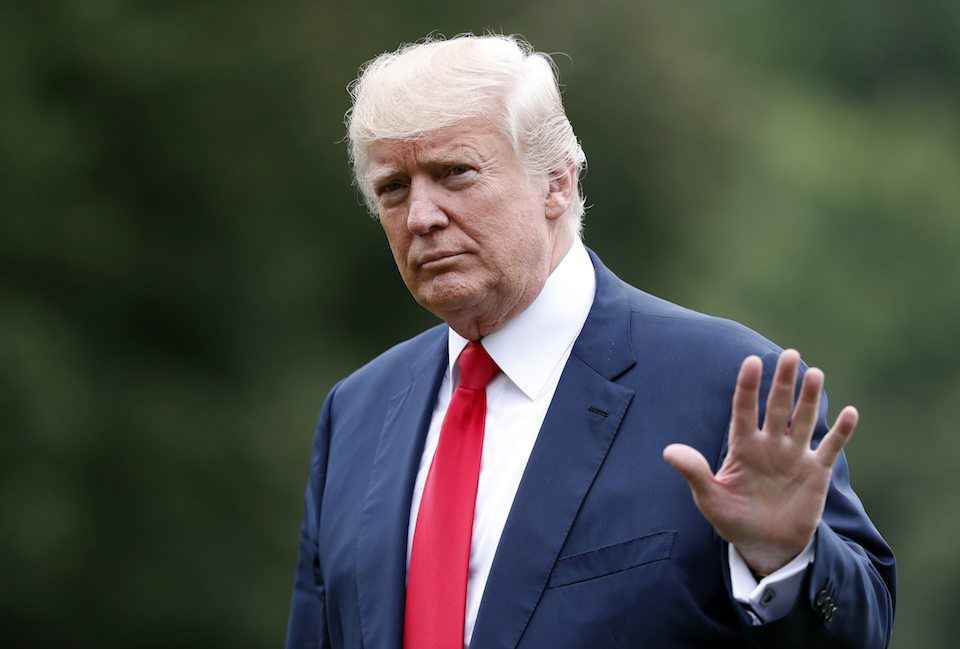 The White House is taking on water as longtime loyalists denounce Trump's reluctance to call out Nazi and Klan sympathizers.

The far-right Post has served as one of Trump’s most loyal media allies over the last two years. Monday’s tongue-lashing highlights just how big of a problem the White House faces in the wake of Trump’s weak, blame-both-sides approach to the radical-right weekend violence.

In his stilted Saturday statement, made from his golf resort in New Jersey, Trump emphasized he was denouncing violence “on many sides.” The Post rightly calls him out for it:

Yet “many sides” didn’t drive a car into a crowd, an evident act of terrorism that killed Heather Heyer, 32, and hospitalized many more, with some still in critical condition.

It shouldn’t be that hard to summon up a few Trumpian terms like “losers” and “really, really bad people” to describe the hundreds of neo-Nazis, Klansmen, white supremacists and the like who descended on the college town — not after one of them has killed an innocent.

For the White House, the condemnations continue to pour in, as political observers on all sides remains gob smacked that Trump remains unable to forcefully denounce Nazi and Klan sympathizer by name, and in person. The backlash is unlikely to subside even after Trump's belated attempt on Monday afternoon to clean up the mess with two-day-late, scripted comments about the weekend violence.

As MSNBC's Joy Reid noted Sunday, Trump’s inability to summon even that minimal courage meant he had failed a fundamental test of leadership. “The idea that a president of the United States cannot unambiguously denounce Nazism is extraordinary, and Donald Trump has placed himself in a history,” said Reid.

Still, Vice President Mike Pence has tried to clean up the mess by suggesting Trump actually made strong, forceful, emphatic statements on Saturday denouncing the roaming, right-wing radicals in Virginia. But Trump never did that. Pence also attacked the press for its intense coverage of Trump’s waffling.

It’s not all bad news for the White House, however. Murdoch’s Fox News appears to remain firmly in the White House's corner today. On Monday, on Trump's beloved “Fox & Friends,” Pete Hegseth cheered that Trump had “nailed it” with his "many sides" comments about the killing in Virginia. “He condemned in the strongest possible terms hatred and bigotry on all sides as opposed to immediately picking a side out the gate.”

If that were true, the White House would not have felt the need to send Trump out to make another statement Monday, after his pathetically inadequate statement over the weekend.