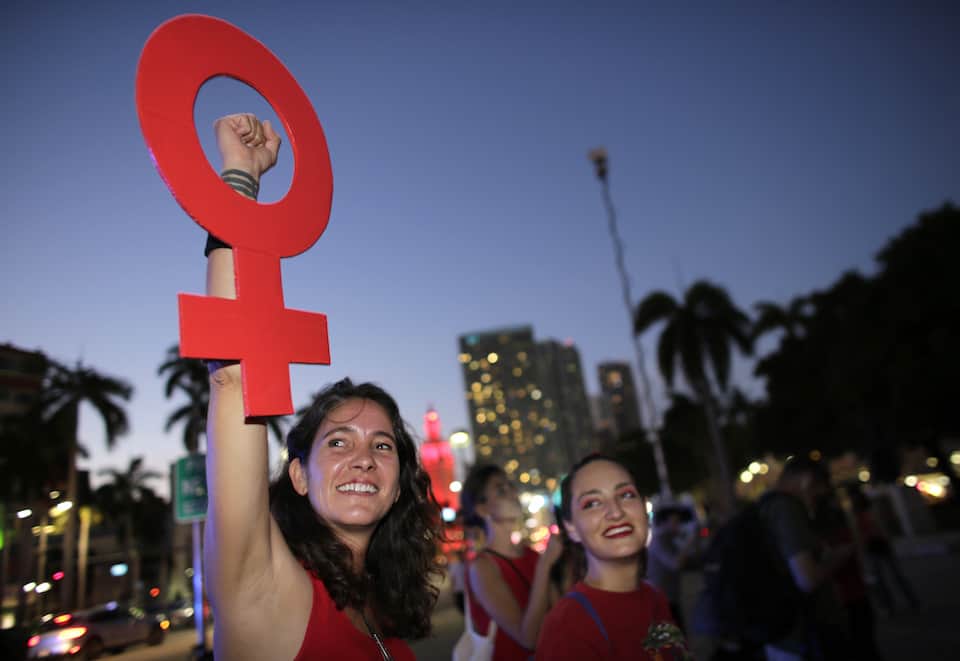 It may not be surprising, but it is still notable in its starkness — over 80 percent of Donald Trump's followers on Twitter are male, while women made up 86 percent of those leading the anti-Trump charge on calls to Congress.

That Donald Trump's fanbase remains mostly male is likely the least surprising thing about this administration. But it is still eye-opening to put the numbers side by side.

According to a report by Polly Mosendz for Bloomberg Businessweek, information from content-analysis software shows that nearly 80 percent of Trump's 27+ million Twitter followers are men, and many of the seemingly active followers are programmed bots:

Trump’s 10 most-engaged Twitter followers over the past 30 days include five confirmed robots and three accounts that appear to be bots, according to audience data collected by Social Rank. Trump’s most prolific respondent, @Trump2016_Fan, has posted more than 18,000 times in the past year, mostly all-caps messages of support for the 45th president. The account appears to be automated and did not respond to a request for an interview.

According to beta content-analysis software used by Social Rank, 19 percent of Trump’s followers are women. Among Trump’s 20 most-engaged followers, only two had traditionally female names—and both of those accounts appear to be automated.

Contrary to the insistence by one of the few women on Trump's payroll that we should all want a boss just like him, the vast majority of women in the country and on the internet do not even wish to share virtual space with him on Twitter.

And it is those women who are leading the anti-Trump charge in the resistance, especially in the crucial area of calls to members of Congress. As Laura Moser, the founder of a civic action text-message system called Daily Action, told Huffington Post, "I think there was something really catalyzing about this election, for women in particular." And the data support her statement: A survey of the group showed that of the "more than 28,000 of the group’s members who responded to a poll sent out by text message, 86 percent were women and more than 60 percent were 46 or older."

The comparison between Trump's fanbase on Twitter and the voices on those congressional phone lines and voicemail boxes is stark, and will surely only continue to widen as the administration persists with its anti-woman agenda.

And women will continue to resist him, in whatever ways they can.

Sharon Ventura, a 70-year-old retiree, has also turned Twitter into a psychological release aimed squarely at the U.S. president. "Whether he reads it or not, I vent," she said in her New Jersey accent. "By chance, he might see something. I hope it ruffles his orange skin. I have a serious problem with him. I’m too old for this shit."