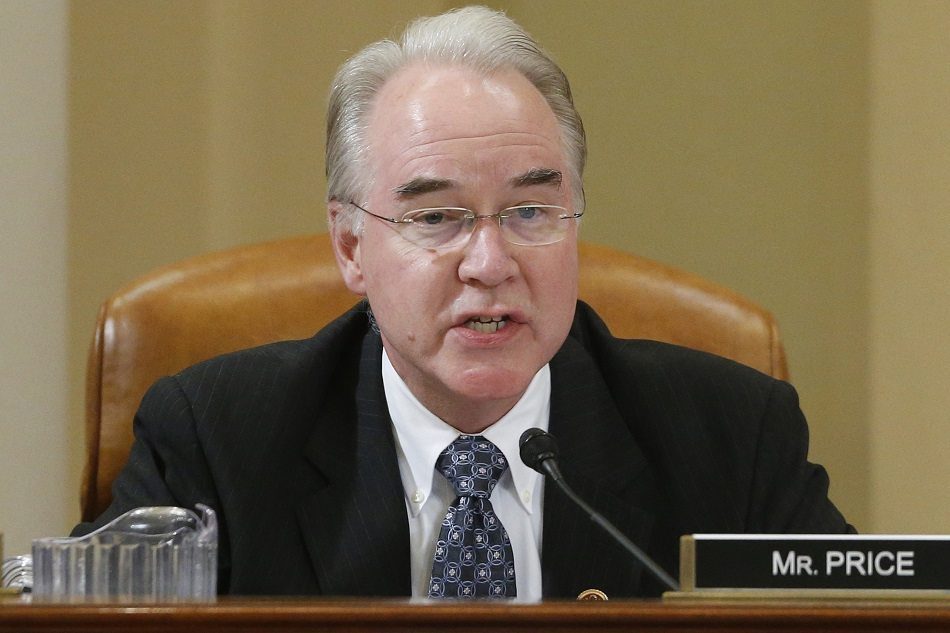 Donald Trump's nominee for Secretary of Health and Human Services, Rep. Tom Price, has asserted that insurance should not cover birth control because women can easily pay for it out of pocket. This is a common, and dangerous, right-wing myth.

(Editor's Note: Although women's agency is a primary target of these policies, not only women need access to reproductive care.)

It is no secret that Representative Tom Price (R-GA), a former physician and House Budget Committee chairman whom Donald Trump has nominated for Secretary of Health and Human Services, wants to repeal the Affordable Care Act. He is particularly opposed to the provision requiring insurers to cover most forms of birth control without a copay.

In an interview with ThinkProgress in 2012, Price argued that insurers should not foot the bill because any woman can easily pay for it out of pocket: "Bring me one woman who has been left behind. Bring me one. There’s not one."

The idea of birth control being cheap and easy to obtain without insurance is a common right-wing canard. But it is an unjustifiable and damaging claim.

It is also flatly incorrect.

Most forms of birth control require a prescription, and, without insurance, a patient can expect to pay at least $125 for a basic gynecological exam.

The cost of the birth control itself also varies wildly depending on the method: Oral contraceptives run anywhere from $20-50 per month; patches cost $15-50 per month; hormone shots cost up to $100 plus exam fees; and implanting an intrauterine device can cost $900.

Many women living paycheck to paycheck would struggle to meet these costs. Indeed, prior to the roll-out of the Affordable Care Act, studies found that 1 in 3 women voters struggled to afford birth control.

And since every woman has a different reaction to different medications, and because the side effects of some drugs can be severe — including nausea, abdominal pain, weight fluctuation, loss of sex drive, even spontaneous bone fractures — not all women can use the cheaper forms of contraceptives. Uninsured women who need one of the more expensive options to avoid these side effects may be forced to choose between their health and their financial security.

Further, the affordability argument Price makes is one unique to birth control. There are no similar arguments against other low-cost drugs being covered by health insurance, because we recognize the value of comprehensive healthcare.

Creating a separate standard for birth control — while ignoring it is not exclusively to guard against unintended pregnancies, but also to provide other health benefits to many users — is a reinforcement of the persistent narrative that reproductive health is somehow separate from overall healthcare.

Price's birth control lie reflects his lack of concern for the wellbeing of women and his disdain for the importance of fully recognized reproductive rights. And it bodes ill for how Trump's administration will treat women's health for the next four years.

In a statement, Cecile Richards, the president of Planned Parenthood Federation of America, said:

Tom Price poses a grave threat to women’s health in this country. If Price had his way, millions of women could be cut off from Planned Parenthood’s preventive health services like birth control, cancer screenings and STD tests. From his plan to take no-copay birth control away from 55 million women and allow insurance companies to charge women more for the same health coverage, to his opposition to safe and legal abortion, Price could take women back decades.

Our nation’s HHS Secretary should aim to break down barriers to health care. Instead, Tom Price wants to build more. These barriers to care have a disproportionate impact on those who already face inequities and barriers in the health care system - including people of color, people who live in rural areas, people with low incomes, and immigrant communities.

This will be one more area where Democrats in Congress will need to be a stalwart barrier to the Trump administration's damaging, retrogressive policies.

(Alison R. Parker and Melissa McEwan contributed to this article.)