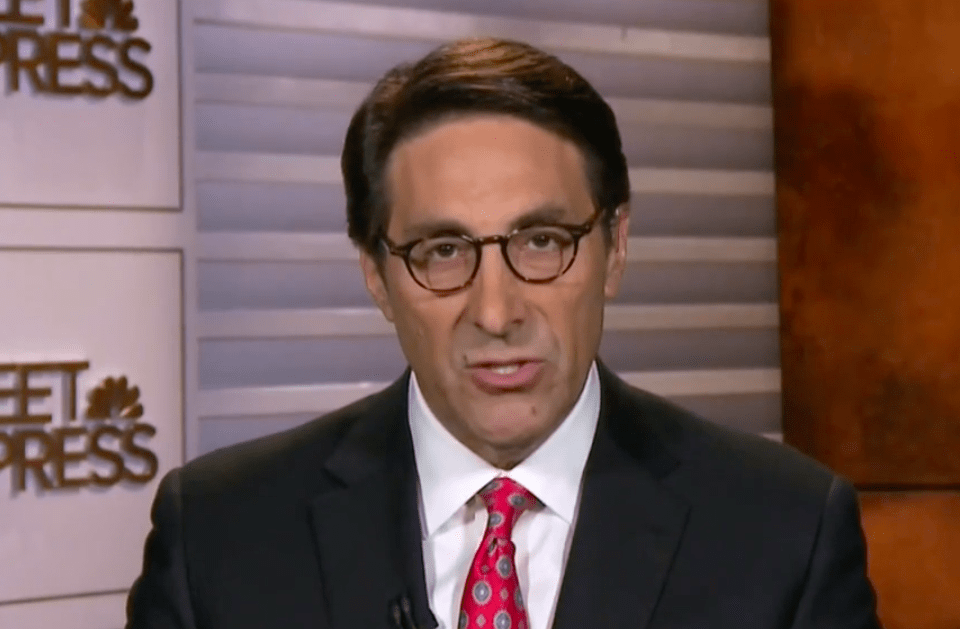 Donald Trump's personal lawyer offered an odd take on what he deems "not constitutional" — not Trump's potential obstruction of justice, but rather the inquiry into that matter altogether.

Donald Trump's personal lawyer seems to have a peculiar view of what "unconstitutional" means.

Special counsel Robert Mueller expanded his investigation into Russia's interference in our election to include Trump himself for potential obstruction of justice, in relation to his firing of former FBI Director James Comey.

Trump himself has repeatedly denounced the investigation as a "witch hunt," though it is his own actions which more accurately fit the term.

And now his lawyer, Jay Sekulow, has made the bizarre claim that is is not Trump's actions which were potentially unconstitutional, but rather the investigation into those actions itself.

When NBC's Chuck Todd pointed out that Deputy Attorney General Rod Rosenstein specifically did not recommend Comey's firing, Sekulow smoothly and brazenly went ahead to conflate Rosenstein's words with those of Sessions, in order to bolster his argument.

He then insisted that "being investigated by the same department" which told him to remove Comey is "not constitutional."

TODD: The president said to Lester Holt that he had already made the decision to fire James Comey. So I’m confused here. You just said — you just said he asked for this consultation, which by the way, let me also say here, Mr. Rosenstein, in his prepared statement, in his testimony to Congress last month, said 'My memorandum is not a statement of reasons to justify a for-cause termination.' So I'm confused by your rational here.

SEKULOW: Well, let me just say two things. Number one, the letter to the president of the United States from the attorney general of the United States is, 'Therefore, I must recommend you remove Director James Comey and identify an experienced and qualified individual to lead the great men and women of the FBI.' That’s pretty unqualified. And attached to that is a memorandum from the former — not this case — from the deputy attorney general’s office, where he lays out the reason of his concern, and recommendation of removal was because of  the handling of the Hillary Clinton matter.

But let's take a look at what you just said. Here is what you just said: The president made the decision before — let's assume for the sake of argument there was all kinds of decisions being discussed, but this crystalized that decision. And the fact of the matter is, the president, under the Constitution, has the authority to make that decision. Now he has these two memorandums from his attorney general and his deputy attorney general.

So here is the theory of this purported case from the Washington Post. I mean, just think about this for a minute. So, the president of the United States takes action to remove the FBI director, and he has a recommendation from his attorney general and deputy attorney general to take that action. He is now, according to the Washington Post, being investigated by the same department who told him to take that action. That’s not constitutional.

It is a rather despotic thing to claim — which of course means it fits in quite well with this administration.

As does the mendacity involved in answering Todd's question by completely reversing the context to make it fit Sekulow's preferred worldview — especially considering Sekulow was at the center of the rumors that Trump was considering firing Mueller.

But his statements also offer even more support that the independence of this investigation is absolutely crucial to uncovering the truth about the Trump campaign, our government, and Russia's attacks on our democracy.