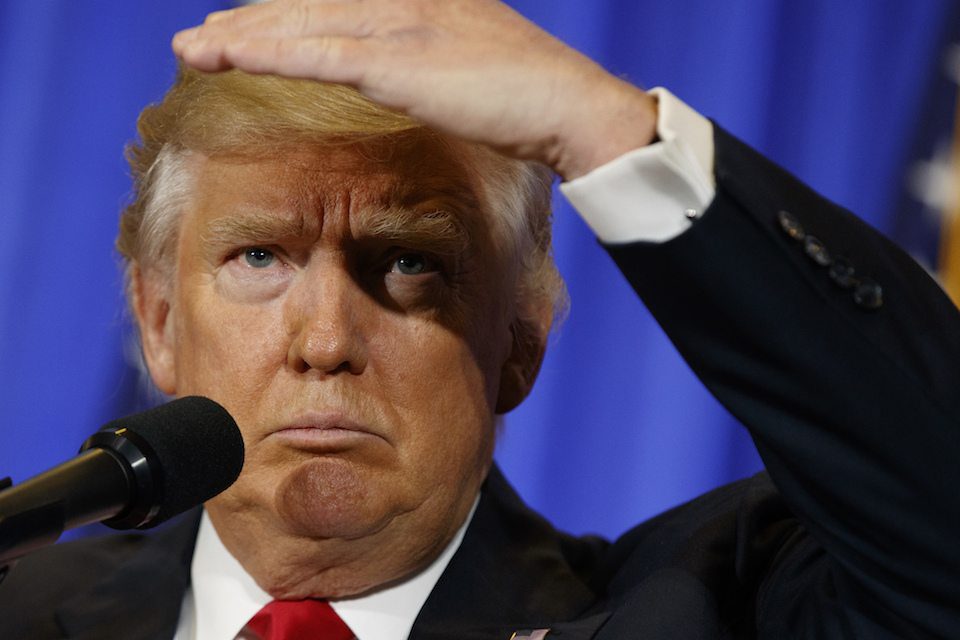 Trump's legal team is reportedly searching through 20 year-old legal cases in the hopes of finding a way to shield him from special counsel Robert Mueller  contradicting Trump's own words from a few days ago, when he said he was "looking forward" to speaking with Mueller.

As Donald Trumps allies have ruthlessly attacked the character of special counsel Robert Mueller in what was recently revealed to be an orchestrated smear campaign, the president's lawyers have been desperately scrambling to find a way to shield him from the long arm of Mueller's investigation.

According to a new report in the Wall Street Journal, Trump's legal team is now looking at 20 year-old court cases in the hopes of finding an obscure case law that will immunize Trump from having to give testimony.

As the WSJ details, Trumps lawyers are particularly interested in a case from 1997 which ruled that presidents and their closest advisers enjoy protections against having to disclose information about their decision-making process or official actions.

The case could also be used to delay Trump's testimony  a strange move for someone who says he has nothing to hide.

Citing legal scholars, the WSJ reported that Trumps lawyers "could invoke the 1997 case to obtain more favorable terms of any voluntary interview Mr. Trump gives, because a court fight over an interview or grand jury testimony could take months to resolve."

This constitutes a significant reversal from Wednesday, when Trump asserted that he was looking forward to being interviewed by Mueller as part of the Russia investigation, which he has repeatedly denounced as fake news and a witch hunt.

Even if Trump is completely innocent of any wrongdoing with regards to Russia  and even if his efforts to interfere with the investigation are not found to constitute obstruction of justice  it will still pose a huge challenge for man who lies as much and as effortlessly as he does to submit himself for questioning by law enforcement, who could then seize upon his every untruth and pursue charges of perjury.

Of course, if Mueller decides to subpoena him, the decision would be out of Trumps (tiny) hands  and there may not be much his lawyers can do to help him.

It is evident that Trump does not have a sense of scale for the trouble he is in or the legal preparations he must make. While his lawyers are scrambling behind the scenes to shield Trump from Mueller, it may very well be too late to shield him from himself.