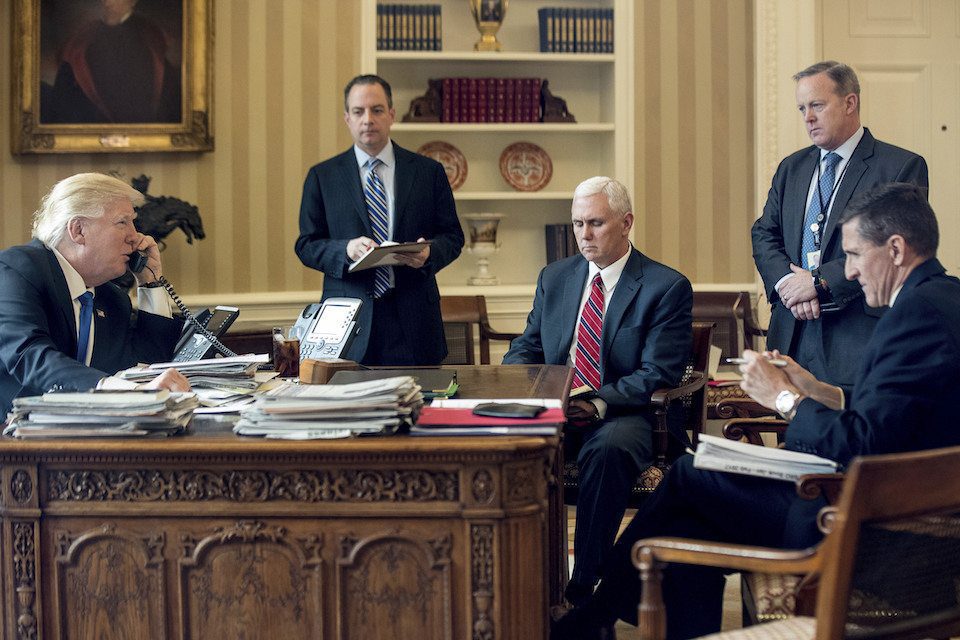 Trump's chaotic White House can't retain top aides. And it's only going to get worse in 2018.

This week, Donald Trump's former chief strategist, former campaign manager, and his current communications director are all set to testify before Congress regarding the ongoing Russia probe, which continues to zero in on possible criminal wrongdoing.

The widening scandal, which has ensnared scores of Trump aides and associates, is likely just one reason why the current White House set a new high-water mark for staffers, including senior staffers, bailing on an administration during its first year.

Especially troubling is that so many of the departures come from what Dunn Tenpas describes as the White House's "Tier 1" team of senior strategists. Trump has lost 6 of his 12 Tier 1 staffers, including press secretary Sean Spicer, chief of staff Reince Priebus, deputy chief of staff Katie Walsh, and national security adviser Michael Flynn.

Compare that to President Barack Obama, who lost just one Tier 1 staffer during his first year.

History shows that last year's constant stampede for the doorway will likely increase in 2018. According to Dunn Tenpass research, Reagans turnover rate jumped from 17 percent in 1981 to 40 percent in 1982. And President George W. Bush, who lost just 6 percent of senior aides in his first year, saw 27 percent exit the following year.

So many are queuing up to leave the current White House that chief of staff John Kelly is reportedly trying to get a head count on who's leaving this year so he can stagger the exits in hopes of making the exodus not look so bad.

It's also been well documented that Trump's White House team has had trouble filling positions and finding top-caliber Republicans who are willing to work at the chaotic and often incompetent administration.

Apparently, even Republicans are embarrassed by this White House.