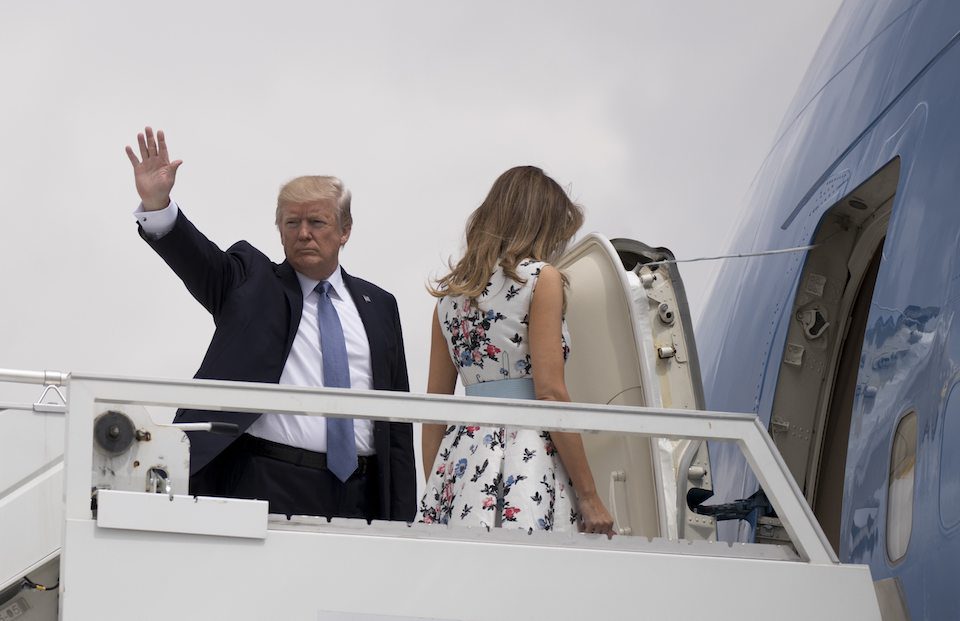 Donald Trump's vacations are already set to eclipse his predecessor's, and taxpayers are footing the bill while Trump rakes in profits. But as he once told us himself, "My whole life I’ve been greedy, greedy, greedy."

Capping off a week of humiliating defeats and stinging rebukes, Donald Trump is preparing for a month-long vacation after tiring himself out with six months of no accomplishments, a lot of golfing, and regular Twitter rants.

And the cost to taxpayers for this leader-in-absentia continues to skyrocket. New documents show that Trump's seven trips — thus far — to his Mar-a-Lago resort in Florida have run up a tab for the Coast Guard of $6.6 million.

But Trump himself is raking in profits: "Trump gave up day-to-day management of Mar-a-Lago but still owns the private club, which took in $37.2 million in resort-related revenue between January 2016 and April 2017, financial disclosures show."

As his selfishness may be causing cutbacks in other areas:

The Coast Guard’s commandant, Adm. Paul Zukunft, testified before a House subcommittee on Tuesday that the branch was “deferring maintenance” and running cutters and aircraft long beyond their retirement age because it needed more funding.

The Coast Guard's primary missions, such as patrolling the coast and catching drug-runners, are already suffering. "But leaders say the military branch has struggled to complete its mission while faced with a tightening budget and aging fleet."

Meanwhile, taxpayer funds are footing the bill for a New York billionaire to play 18 holes while lining his own pockets with the profits.

That's probably why, of his first 26 weekends "on the job," Trump spent 21 of them at his personal properties.

Every trip to one of the Trump-owned properties means tens of thousands of dollars going into his own coffers, as rooms are rented for staff, security, and others necessary to protect the president as he strolls along his golf courses.

Throughout the campaign, Trump heaped praise upon himself for his own greediness: "My whole life I’ve been greedy, greedy, greedy. I’ve grabbed all the money I could get. I’m so greedy."

If elected, he promised he would be "greedy for the United States."

So far, it is only his own bottom line that is benefitting from that outsize avarice.