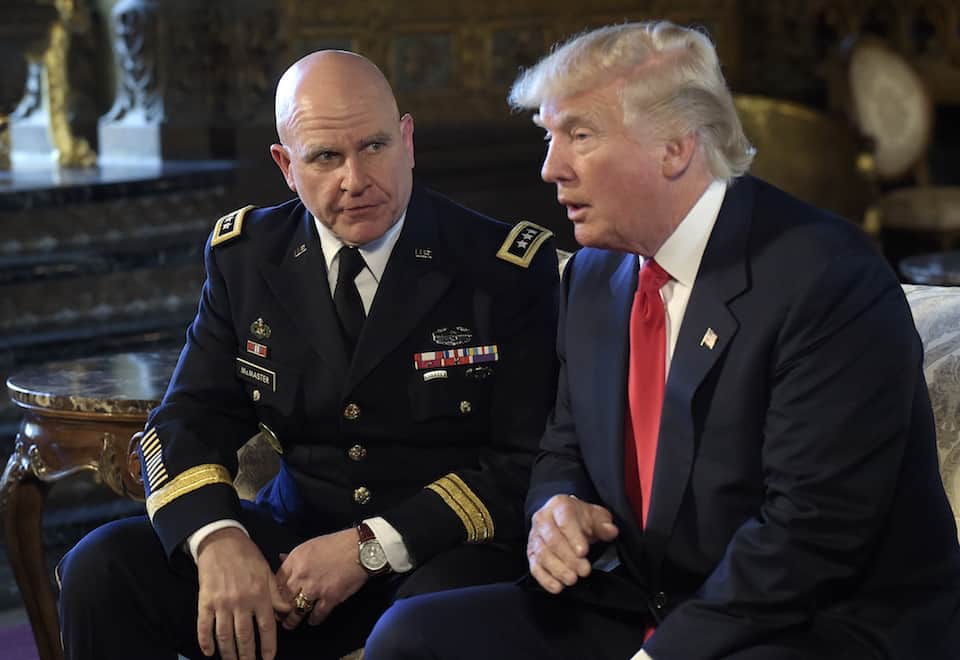 Donald Trump has been steadily escalating his rhetoric with North Korea, signaling a military strike against that nuclear threat, but national security adviser H.R. McMaster provided a ray of hope when he twice ruled out military action against the regime in Pyongyang.

Donald Trump's sabre-rattling with North Korea crossed the line from tough to frighteningly provocative a long time ago, but finally, there is a signal that cooler heads exist within the administration.

The signals are still decidedly mixed, but now, at least, taking a military first strike off the table is part of that mix.

Trump Deputy Nat. Sec. Advisor KT McFarland on Trump threat to go it alone against North Korea: "The threat is a promise." pic.twitter.com/ebexVkBpFV

The threat is a promise, this is something that President Trump is going to deal with in the first year.

But on Fox News Sunday, national security adviser H.R. McMaster sang a different tune. Although he referenced the Trump administration's vague and menacing-sounding "options" with North Korea early in the interview, McMaster appeared to be sending a cooling message in a bottle to Kim Jong-un:

And so it’s time for us to undertake all actions we can, short of a military option, to try to resolve this peacefully.

And so we’re going to rely on our allies like we also do, but we’re also going to have to rely on Chinese leadership. I mean, North Korea is very vulnerable to pressure from the Chinese. Eighty percent of North Korea’s trade comes from China. All of their energy requirements are fulfilled by China.

So in the coming weeks, months, I think there’s a great opportunity for all of us — all of us who are really under the threat now of this unpredictable regime — to take action short of armed conflict, so we can avoid the worst.

Though it is difficult to tell, when McMaster says "all of us who are really under the threat now of this unpredictable regime," he is probably talking about North Korea, but it could as easily apply to Trump.

Trump's clumsy and poorly-disguised strategy of "unpredictability" would be risky even with a rational enemy, but against the unstable likes of Kim Jong-un, the risks far outweigh any possible benefits. McMaster's attempt to send a cooling signal is an encouraging development, as is McFarland's reported impending exile to Singapore. The days of Trump's presidency may be numbered; McMaster's rational approach is a balm for those who hope those days are as uneventful as possible.