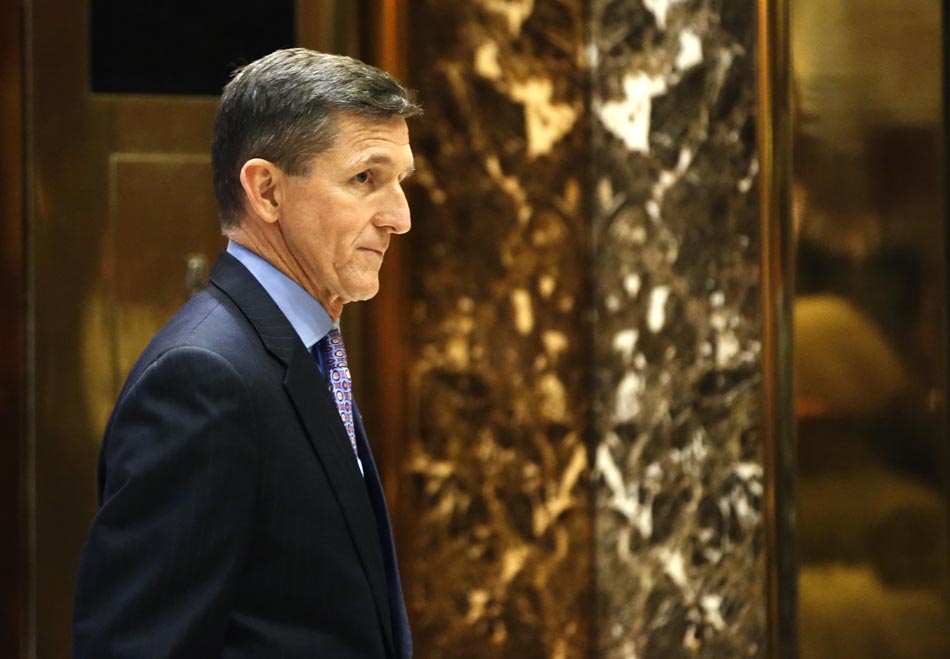 Embedded in a troubling New York Times report about Austria's white supremacist Freedom Party leader, Heinz-Christian Strache, signing an agreement with United Russia, the political party of Russian President Vladimir Putin, is this alarming tidbit: Strache "recently met with Lt. Gen. Michael T. Flynn, the designated national security adviser to President-elect Donald J. Trump of the United States." Almost as troubling as the meeting itself: The New York Times did not see fit to include this piece of information in their headline.

Heinz-Christian Strache, the leader of Austria's right-wing Freedom Party, announced on Facebook that he has signed an agreement of cooperation with Russia's ruling party. The agreement itself is concerning, as it is yet another indication that Putin is meddling in Western countries' affairs in an attempt to undermine their democracies.

Of particular concern to Americans, however, is that Strache simultaneously announced that he had recently met at Trump Tower with Lt. Gen. Michael T. Flynn, President-elect Donald Trump's pick for national security advisor.

In reporting on this alarming confluence, the New York Times failed to disclose Flynn's disturbing meeting in their headline, choosing instead the anodyne headline, "Austria's Far Right Signs a Cooperation Pact with Putin's Party."

Strache, whose Freedom Party was quite literally founded by leftover Nazis, is anti-Semitic, anti-Muslim, anti-immigrant, and anti-integration. The party he leads draws its core electoral support "from its racist agenda. It spearheads campaigns against migrants and asylum seekers. The FPÖ has also targeted the country’s Muslim population, stirring up alarm against the so-called 'Islamisation' of Austria. In the run up to the European elections in 2014, Andreas Moelzer, a leading FPO candidate, declared that the EU was in danger of becoming a 'conglomerate of negroes.'"

As Shareblue has previously reported, Flynn shares some of these offensive and dangerously illiberal views: "Flynn has called Islam 'a cancer,' retweeted anti-Semitic content on Twitter, and promoted the work of a white supremacist who advocates IQ tests for immigrants."

That Trump's national security advisor is reportedly meeting at Trump Tower with the head of a white supremacist, pro-Russia party, who said in his Facebook post that "having the United States and Russia stand together would be important" to address "the crises in Syria and Crimea" and "to get rid of the sanctions," is major and chilling news.

Treating it otherwise — and failing to sufficiently detail how these relationships are being forged against a backdrop of white supremacy and the empowerment of Russia — is to dangerously abet the normalization of Donald Trump's catastrophic subversion of our democracy.