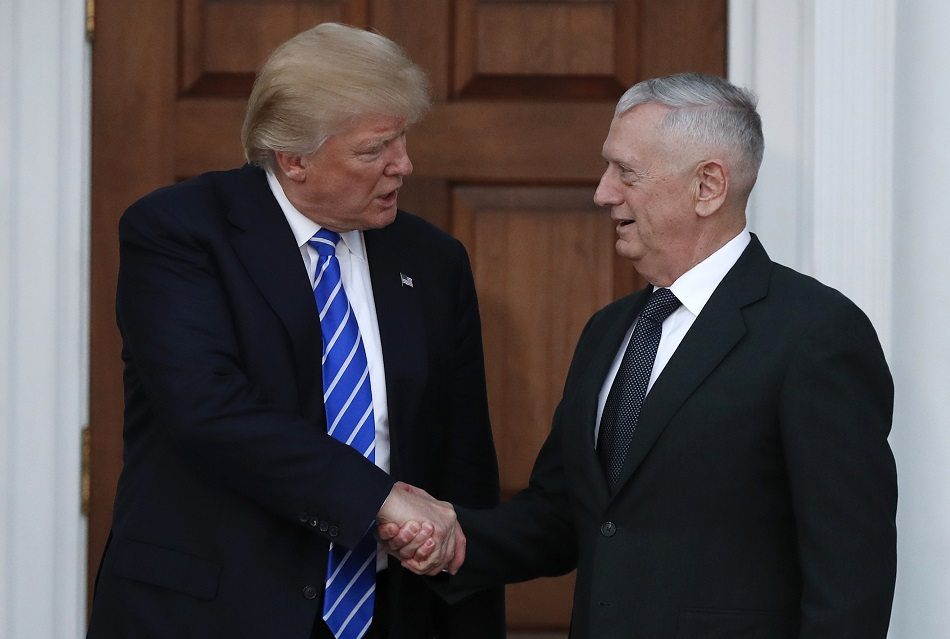 President-elect Donald Trump has nominated retired Marine General James "Mad Dog" Mattis to be his Secretary of Defense. Mattis' history of violent comments makes him a troubling candidate for this position.

After flirtations with other candidates, Donald Trump officially nominated retired Marine General James Mattis to the secretary of defense post on Thursday. Mattis, whose nickname is "Mad Dog," met with Trump a week-and-a-half ago about his possible nomination to head the Defense Department, and apparently impressed him:

General James "Mad Dog" Mattis, who is being considered for Secretary of Defense, was very impressive yesterday. A true General's General!

One imagines part of what attracted Trump to Mattis is their shared penchant for the sort of "tough talk" that is red meat for the base who delivered Trump the presidency:

Reporter: In 2005, he was reprimanded for his choice of public language when he appeared in public before TV cameras and talked about how it was fun to kill. Have a listen to some of what he had to say.

Mattis: Actually, it's quite fun to fight 'em, you know. It's fun to shoot some people. I'll be right up front. Yeah, I like brawling.

Reporter: He then went on to say, "You go into Afghanistan, you got guys who slap women around for five years because they didn't wear a veil... You know, guys like that ain't got no manhood left anyway. So it's a hell of a lot of fun to shoot them.

Mattis' incendiary rhetoric has made him a popular figure on the right. In 2006, Mattis fired up his troops with another variation on the "fun" of killing:

“The first time you blow someone away is not an insignificant event,” he told 200 Marines at a one session in al Asad. “That said, there are some assholes in the world that just need to be shot. There are hunters and there are victims. By your discipline, cunning, obedience and alertness, you will decide if you are a hunter or a victim. … It’s really a hell of a lot of fun. You’re gonna have a blast out here!”

America is a peaceful nation. However, America must always maintain U.S. Marine Corps Gen. James Mattis’ philosophy: “Be polite, be professional, but have a plan to kill everybody you meet.” Perfect. If there were a Hall of Fame for butt-kickers, Gen. Mattis would be in it.

That Trump has appointed a man to lead the Defense Department who thinks it is "a hell of a lot of fun" to shoot people is horrifying. Congress should give serious contemplation to whether Mattis' character and deportment are appropriate for the position.

They will also have to consider whether "to pass new legislation to bypass a federal law stating that defense secretaries must not have been on active duty in the previous seven years." Mattis retired fewer than four years ago.

Only one such exception has ever been made, for the appointment of General George Marshall in 1950. And suffice it to say, "Mad Dog" is no General Marshall.