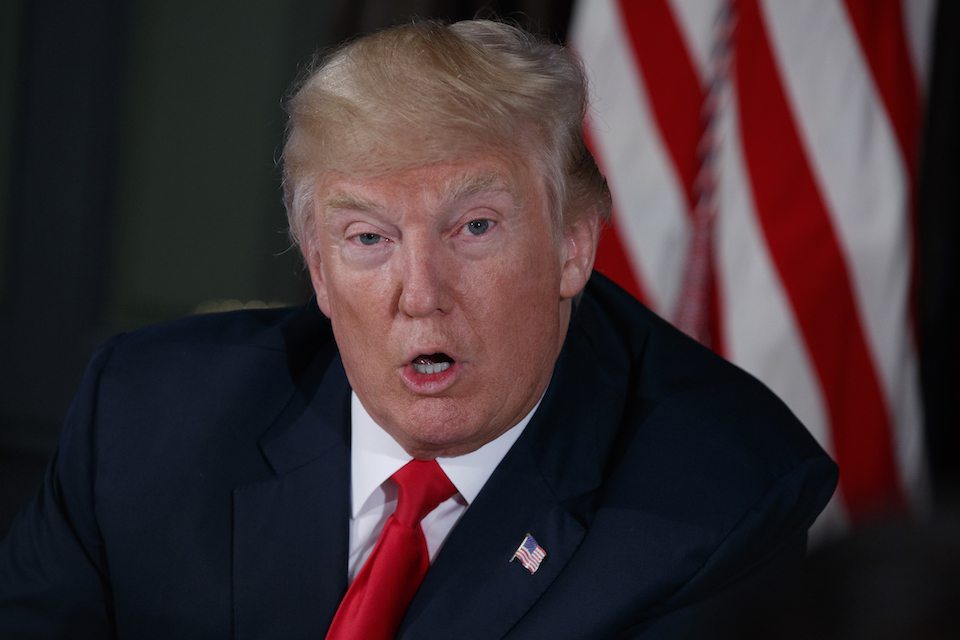 Tump appeared at his golf resort to discuss America's deadly drug overdose epidemic. It did not go well.

Touted as a major policy briefing from Donald Trump and his team of senior health care advisers, Tuesday’s “working vacation” event on America’s raging opioid epidemic turned out to be a pointless photo op, where a disconnected Trump read incoherent talking points while his wife and son-in-law looked on.

The whole scene resembled a sad, amateurish spectacle as Trump advertised the fact he has no idea what’s behind the opioid crisis, or how the federal government should combat it. Channeling the “Just Say No” spirit of Nancy Reagan, Trump suggested that telling kids to stop it already would end the drug epidemic that’s currently consuming the country.

If they don't start, they won't have a problem. If they do start, it's awfully tough to get off.

So if we can keep them from going on and maybe by talking to youth and telling them: No good, really bad for you in every way. But if they don’t start, it will never be a problem.

Not only does the “Just Say No” approach not work, it ignores the fact that that opioid epidemic is driven, in part, by prescriptions written up by doctors to patients who then become addicted to the painkillers.  Are “young people” supposed to say no to doctors?

Last week, after a transcript of a January conversation with Mexican President Enrique Pena Nieto was leaked, we learned that Trump had called New Hampshire, hard-hit by the opioid epidemic, a "drug-infested den."

Meanwhile, who holds a drug epidemic briefing at a golf resort? Trump does, as part of his so-called working vacation. But Trump just mailed the whole thing in anyway.

From the White House press pool report: “Trump first delivered a statement about the opioid crisis, mostly reading from a piece of paper and sitting with both elbows on the table. Trump mostly looked down as he spoke.”

AWOL from the public policy event was New Jersey Gov. Chris Christie, who served as the chairman to Trump's recently formed commission on drug overdose and opioid addiction. The commission recommended Trump immediately declare a national emergency, which would eliminate bureaucratic hurdles and greatly expand funding and access to treatment.

But Trump’s ignoring the entire report — there will be no state of emergency declared — which explained why Christie flew off for an Italy vacation rather than appear with Trump.

Also absent from the briefing was anyone from the Drug Enforcement Agency, which has taken a lead role in fighting the crisis.

Who did attend the photo op? Jared Kushner and Melania Trump. Question: What opioid, addiction, or public health policy expertise does Kushner have? What expertise does Melania have? She almost never accompanies Trump domestically for policy events. So why did she suddenly appear at a golf resort briefing about America’s deadly opioid crisis?

Fact: more than 140 Americans die everyday from overdoses. The Trump administration has no plan to fight the epidemic, and on Tuesday they didn’t even pretend to have one.