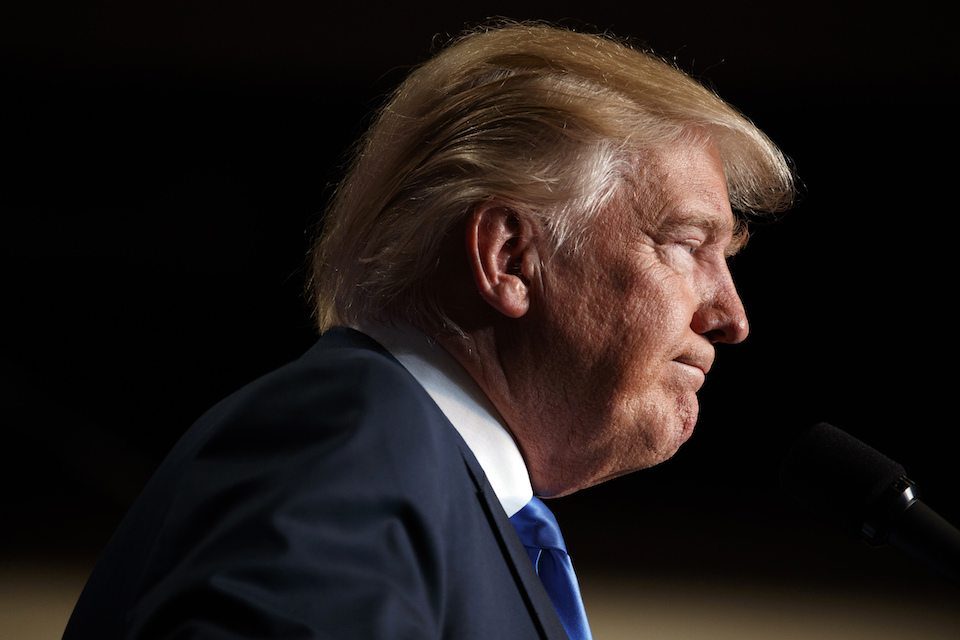 "Women approve of Trump far less than they have approved of any other president at this point in his administration in at least the last 64 years."

Donald Trump has never been very popular with women — and for good reason.

After decades of exploiting and objectifying women, Trump was caught on tape last year bragging about sexual assault. Around the same time, no fewer than 16 women came forward with allegations of harrassment and sexual misconduct spanning more than 20 years.

This came on the heels of a campaign during which Trump launched sexist attacks on everyone from former Miss Universe Alicia Machado and ex-Fox News host Megyn Kelly, to his Republican primary opponent Carly Fiorina and, of course, Hillary Clinton.

But if his approval with women was low before, it is absolutely dismal now.

A new poll from Pew Research finds that Trump’s approval rating among all women has dropped to a record low of 25 percent. That figure matches closely with a Quinnipiac poll this week, which found that just 27 percent of women support Trump — a 5-point drop from just two months ago.

According to NPR, "Women approve of Trump far less than they have approved of any other president at this point in his administration in at least the last 64 years."

These numbers come amid a wave of resignations and allegations against members of Congress for sexual harassment.

Every time one of these incidents surfaces, it only serves to put a greater spotlight on the uncomfortable fact that the man in the Oval Office has not only been serially accused, but openly boasted on tape about being able to assault women because he is famous.

The country is experiencing a dramatic shift in the way we talk about, and tolerate, sexual misconduct, and the fact that Trump is very conspicuously a relic of the old order — a man who used his power to force himself on women as he pleased — is now impossible to ignore.

Quinnipiac has also found that fully 70 percent of Americans want Congress to investigate Trump over these allegations — something that Republicans have so far shown no willingness to do.

We can no longer ignore the elephant in the room. Trump is not just a problem for women — he is a problem for our entire culture, and it's time to confront that.