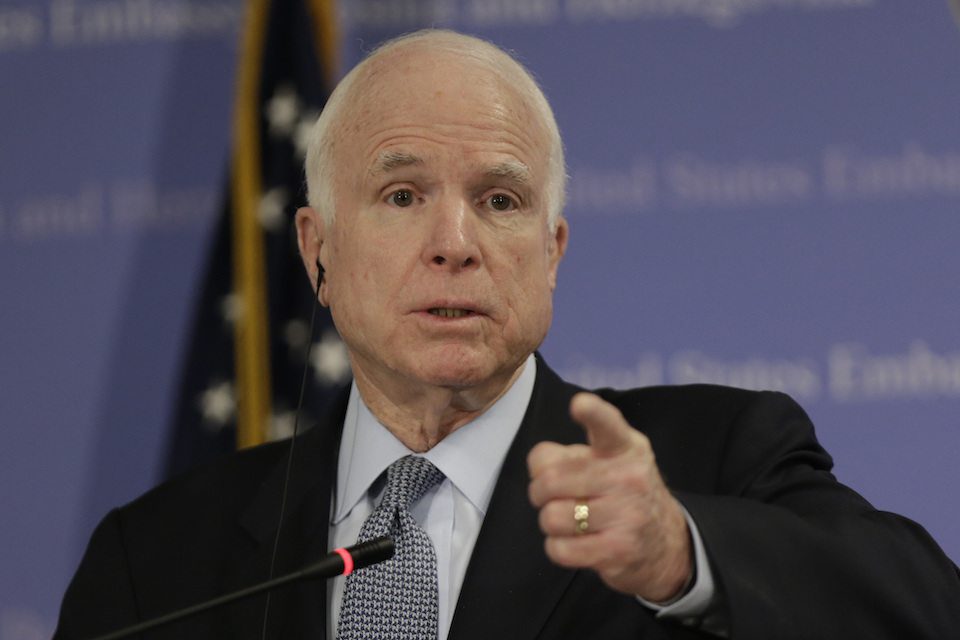 (AP Photo/Amel Emric)
Get The American Independent in your inbox

Donald Trump thought he could force division among the Democratic Party. Instead, he's dividing his own party from himself.

Donald Trump's callous, unnecessary move to reverse former President Barack Obama's policy allowing transgender Americans to serve openly in the military was a loser on moral, ethical, and logical grounds from the moment it was announced.

And it is also proving to be a failure on the barely subsumed aim of introducing division among Democrats.

On the contrary, it is dividing Trump from his own party.

Numerous Republican lawmakers spoke out immediately against the reversal — and not only the few "moderate" voices from which one might expect to hear such opposition.

When the Utah branch of Indivisible sent out a message to state lawmakers, asking if they stand with their transgender constituents, Sen. Orrin Hatch replied quickly and affirmatively.

Hatch, whose record on LGBTQ equality is spotty, later released a statement declaring that the country should not be "discriminating against anyone."

"Transgender people are people," he continued, and they "deserve the best we can do for them."

The very conservative Iowa Sen. Joni Ernst, herself a veteran, stated that "Americans who are qualified and can meet the standards to serve" should be allowed to do so.

"Americans who are qualified and can meet the standards to serve in the military should be afforded that opportunity," @SenJoniErnst says. pic.twitter.com/8t1wvovXPK

Florida Rep. Ileana Ros-Lehtinen stated clearly that "No American ... should be prohibited from the honor [and] privilege of serving our nation."

And Arizona Sen. John McCain, the chairman of the Senate Armed Services Committee who served in the U.S. Navy for 23 years, put out a critical statement against the ban, calling out Trump for making policy "via Twitter."

Any and all Americans who wish to serve their country "should be treated as the patriots they are," he declared.

Trump's prejudicial decision was also a transparent attempt to appeal to the religious right, and was pushed by Mike Pence, in keeping with his marked hostility to LGBTQ equality.

And in a disturbing coincidence, the move comes on the anniversary of President Harry Truman's order desegregating the armed forces.

During the campaign, Trump promised to "protect" LGBTQ Americans, though only from "a hateful foreign ideology," giving himself room to harm them with his own hateful domestic ideology.

The targets of this bigotry include people like Kristen Beck, a Purple Heart and Bronze Star winning member of the Navy SEAL team which took out Osama bin Laden.

Beck issued a powerful challenge to Trump: "Let's meet face to face and you tell me I'm not worthy."

But it is unlikely Trump would meet that challenge. Instead, he'll hide out on Twitter and away from the media and the public, lashing out at people who have risked more than he ever has in a cruel and pathetic attempt to prop up his failing presidency.

And even members of his own party see right through his strained excuses.