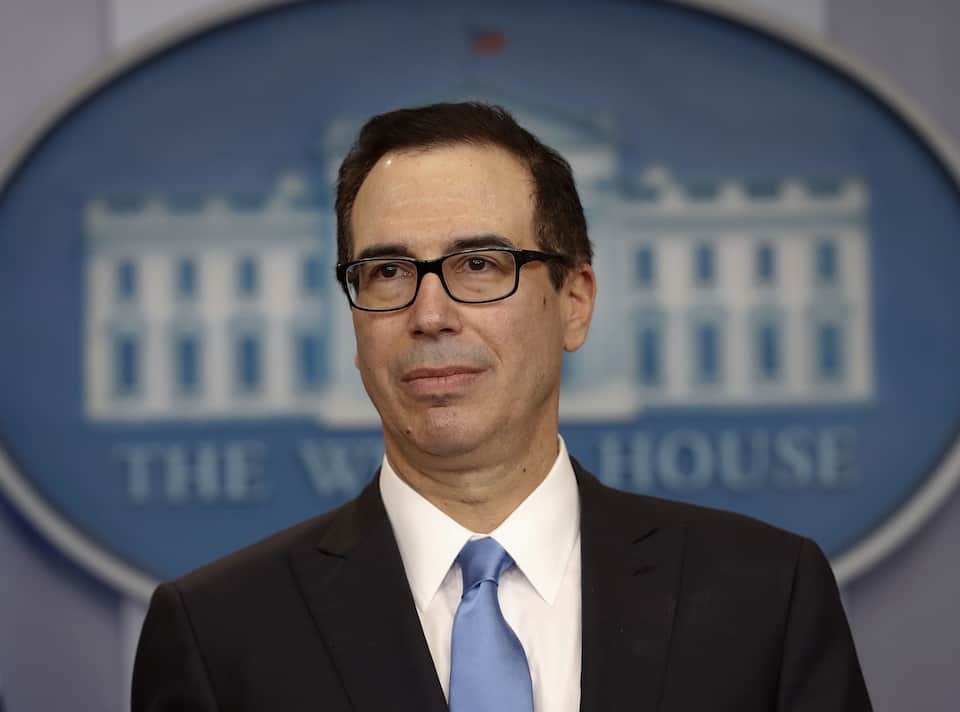 Donald Trump's tax reform proposal is not populist, and it is not new. Instead, it is the same failed Republican idea that George W. Bush used to hurt the economy during the Great Recession.

Desperately casting about for something to show for the first 100 days of his presidency, the Trump team is now beginning to roll out their "tax reform" plan.

And unsurprisingly, it consists of massive tax cuts for the wealthy and corporations that will cut revenue to the government and impede its functionality.

Presenting the broad outlines of the plan during the daily press conference, Treasury Secretary Steve Mnuchin gave away how similar the Trump proposal will be to Republican plans of the past by claiming, "The tax plan will pay for itself with economic growth."

MNUCHIN: Again what I've said before is, the tax plan will pay for itself with economic growth. Thank you everybody, nice to see you.

If that line sounds familiar, it is because you have heard it before, probably several times. It is an article of faith amongst Republicans, and it has never been true. Former President George H.W. Bush called the idea "voodoo economics" when he ran against Ronald Reagan in 1980, and Reagan eventually raised some taxes to make up for the shortfall.

And in the early 2000s, President George W. Bush and his administration repeated over and over that the tax cuts they enacted would pay for itself. But that was not the case.

In reality, as the New York Times noted, "The full Bush-era tax cuts were the single biggest contributor to the deficit over the past decade, reducing revenues by about $1.8 trillion between 2002 and 2009."

Keith Hall, the Director of the Congressional Budget Office, who also happens to be a Republican who served in the Bush administration, stated this plainly in 2015: "The evidence is that tax cuts do not pay for themselves."

Responding to the Trump proposal, economist Jared Bernstein, who was the economic adviser for former Vice President Joe Biden, told the Wall Street Journal, "These promises about all kinds of growth and investment that are going to be triggered by these tax cuts never appear, and the empirical historical record is clear on that."

When the Bush recession took hold, the revenue that would have been in place to aid people on unemployment and food stamps, as well as other safety net programs, was not there because of his tax cuts. And the effect was to make the recession worse for Americans than it already was.

During the campaign, Trump said he would return America to 4 percent economic growth, a statistic that has not been equaled since the boom years under President Bill Clinton. But in his presentation to the press, Mnuchin lowered expectations down to 3 percent, which, thankfully, at least some in the media caught.

The proposal is not populist — though the press continues to insist Trump is one. Instead, it is the same failed Republican idea that has simply never worked — except for their rich friends at the top.