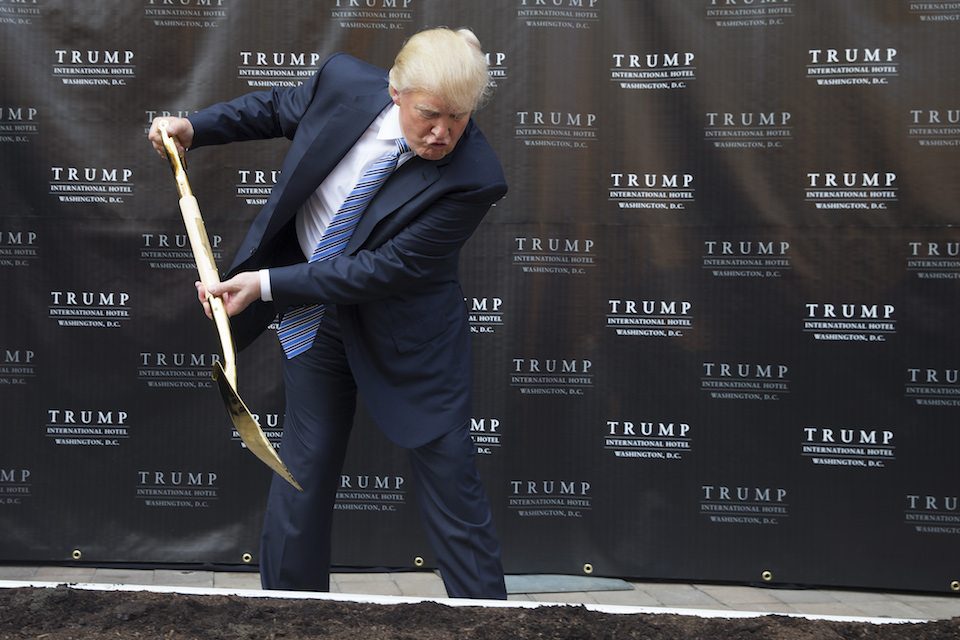 Donald Trump's sweetheart deal allowing him to profit from his D.C. hotel, in violation of the legal restrictions of the lease with the United States government, has attracted the attention of two federal watchdog agencies.

Those agencies are now conducting new investigations into the legal documents Trump signed for Trump International, which are currently responsible for millions flowing into his private accounts.

Democrats and watchdog groups have been warning that Trump is in violation of the law, and these investigations could prove that they were right all along.

The Government Accountability Office (GAO) and the General Services Administration (GSA) Office of Inspector General are looking at the lease Trump signed with GSA to operate his hotel on the federally owned site, which previously served as the headquarters of the U.S. Post Office.

A stipulation in the lease indicates that no elected officials can be a part of the lease or benefit from it. Many ethics experts have said that Trump has been in violation of the lease since he was sworn in as president on Jan. 20.

The hotel has emerged as an unexpected profit center for Trump since then. Initial projections had predicted an operating loss of $2.1 million during the first four months of 2017, but instead, the hotel has turned a $1.97 million profit for Trump and his family so far this year.

Meanwhile, Trump has refused to divest from his interest in the business, so any proceeds from guests staying there make money for him. Foreign interests, influence peddlers, and Republican officials have made the hotel a go-to destination, seeking to curry favor with Trump in an unseemly cocktail of unethical behavior. White supremacist Richard Spencer stayed at Trump's D.C. hotel while he was planning the ultimately deadly racist riot in Charlottesville, Virginia. Trump subsequently insisted that some of the rioters were "very fine people."

Trump's hotel has even upped its rates to benefit from the ongoing efforts to influence Trump.

In March, the GSA said Trump was in compliance with the lease, but now the two watchdog agencies are reviewing the situation.

Rep. Peter DeFazio (D-OR) told Bloomberg, “I hope the GAO and IG reviews of the Trump Hotel will bring to light information needed to assure the public that the Trump Administration is administering the lease of the Trump International Hotel to the benefit of U.S. taxpayers and not to the benefit of President Trump and his family.”

Bloomberg notes that investigations from the Inspector General division of the government “can assess allegations of fraud, waste, abuse, and mismanagement within the GSA” and has the authority to “determine compliance with applicable laws and regulations.”

Citizens for Responsibility and Ethics in Washington has a complaint currently pending in federal court alleging that Trump’s continued ownership of the hotel violates the Constitution’s emoluments clause. CREW alleges that taking in money from foreign governments via the hotel violates federal law.

Trump could have avoided these investigations and the related legal consequences by following tradition and divesting from the property. Instead, he chose to add to his personal fortune from the White House and create ethical quicksand.