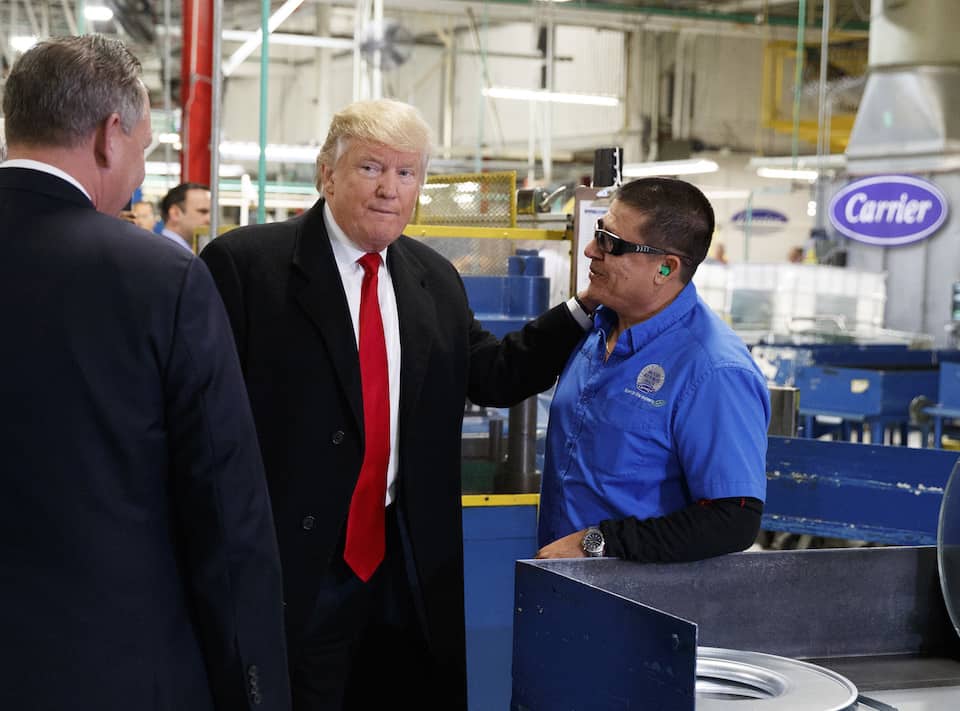 HVAC company Carrier has announced they are sending hundreds of jobs away from the United States. It's becoming even clearer that Donald Trump's claims about saving American jobs were nothing more than a combination of lip service and spin.

Donald Trump made a lot of noise about supposedly saving over a thousand jobs at HVAC manufacturing company Carrier's facility in Indianapolis. He bragged that, before he was even officially sworn in, he had delivered for the working-class voters he courted during the campaign.

But it was always hollow, as Carrier still planned to ship hundreds of jobs out of the country. And now, the company officially filed a notice letting the state of Indiana know that 632 jobs would be lost as the company shifts some production to Mexico.

It was clear at the time of his announcement that Trump was overstating his case, but many mainstream media headlines went along with the boasts. And when a union leader spoke out, Trump fans sent him death threats and harassed him for having the nerve to challenge Trump's triumphalist squealing.

And the heart of the "deal" was a tax giveaway arranged by Mike Pence, then governor of Indiana, who put his state's taxpayers on the hook while aiding in the loss of hundreds of jobs for his constituents.

But Trump and Pence didn't care about the long term implications of what was being done. They could deceive and deny reality, while both they and Carrier profited from the arrangement, with flattering headlines and a payoff to the company.

Trump only has himself and his political prospects in mind, not the well being of the people like the Indiana factory workers. What Trump touches turns to dust, and he continues to prove he is a job killer, not a job creator.