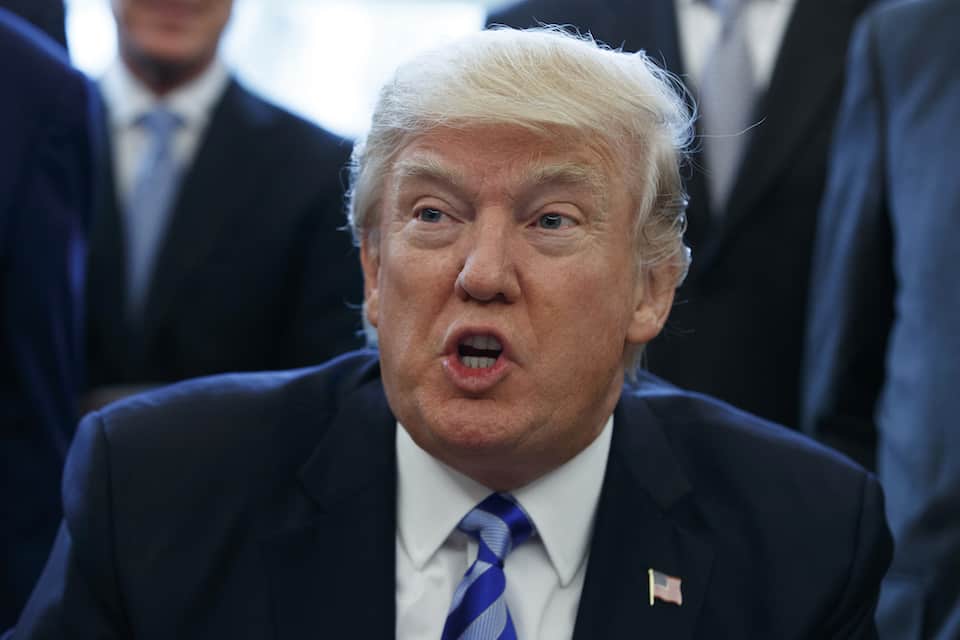 Donald Trump's plan to oppose a nuclear North Korea with America acting alone instead of with allies sounds troublingly like George W. Bush's unilateral and disastrous invasion of Iraq.

In an interview with The Financial Times, Donald Trump said the United States could act unilaterally to contain the threat of a nuclear North Korea, an echo of the argument made 14 years ago by George W. Bush to justify the invasion of Iraq.

Trump told the paper, "China will either decide to help us with North Korea or they won't," adding, "If they do, that will be very good for China, and if they don't, it won't be good for anyone."

With troubling bluster, he also said that "if China is not going to solve North Korea, we will."

China has often been the sole major power in direct conversation with North Korea, and has worked as a go-between at times in North Korean nuclear diplomacy. Trump's threat to go it alone in North Korea is a worrying reprisal of the decisions and rhetoric made by the Bush administration to bypass international organizations in confronting Saddam Hussein and Iraq.

When Bush was unable to make the case to other nations that Iraq needed to be dealt with militarily, he decided to act unilaterally. Soon it was discovered that, contrary to the administration's claims, Iraq had no weapons of mass destruction, and the U.S. became an occupying army fighting a domestic insurgency. Over 4,500 U.S. military servicemembers died in the process, in addition to thousands of Iraqi civilians caught in the crossfire.

Instead of working with international partners, Bush chose to act alone. And now Trump has hinted, with dangerously belligerent comments, that this is the same path he is considering with a nuclear North Korea.

Trump is already experiencing the fallout, on the domestic side, from his claim at the Republican Convention that "I alone can fix it," as actual governing proves more difficult than a simplistic campaign promise. And history shows that America succeeds best on international diplomacy when we work with others in search of collective safety, not engaging in "cowboy diplomacy" that is almost certainly doomed to fail, and to wreak egregious harm in the process.