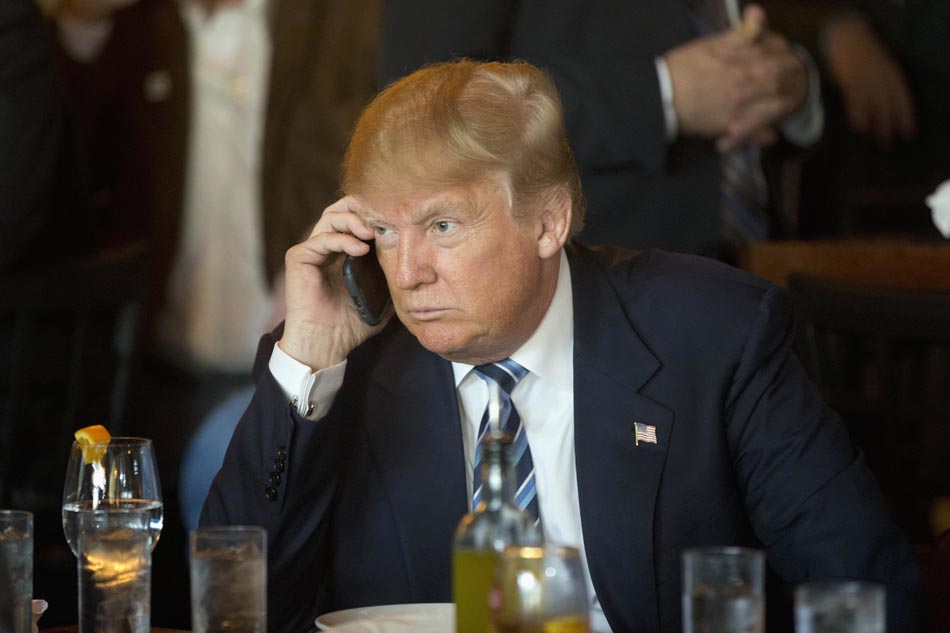 The case against Donald Trump's latest anti-immigrant executive order to fail in court just got an unintentional boost from the hotline created by Trump's own racist "Victims of Immigration Crime Engagement" office.

During the final sprint to the 100-day mark of Donald Trump's presidency, a federal court dealt him yet another blow when it blocked his executive order seeking to punish so-called "sanctuary cities" that do not comply with his administration’s strict deportation policies.

Sanctuary city policies are aimed at enhancing public safety by allowing immigrant communities to report crimes without fear of deportation, and have a constitutionally sound legal basis.

They also appear to have an unexpected, and likely accidental, ally: Trump's own "Victims of Immigration Crime Engagement" office, which he announced at his Joint Address to Congress, and which rolled out its hotline this week.

The hotline employs several variations of the slur "illegal alien," including an exhortation for the public to report "criminal activity by aliens." It was promptly trolled by people reporting crimes by space aliens, but given the recent court ruling against Trump's executive order, appears to have trolled Trump even more effectively. Despite using the racist "illegal alien" nomenclature, the hotline's FAQ section espouses a "sanctuary" policy of its own:

Will this office assist illegal aliens who request help?

Data collected by the agency is focused on the records of those ICE arrests or removes, not on victims. ICE will not inquire as to a victim’s immigration status through VOICE.

That's right: Even Trump's own racist, anti-immigrant hotline is forced to acknowledge the undeniable necessity of sanctuary policies. Whether the assurance given is trustworthy is a separate question, but their stated policy is at least an acknowledgement that you cannot expect people to report crimes if they are afraid they will be the ones taken into custody.