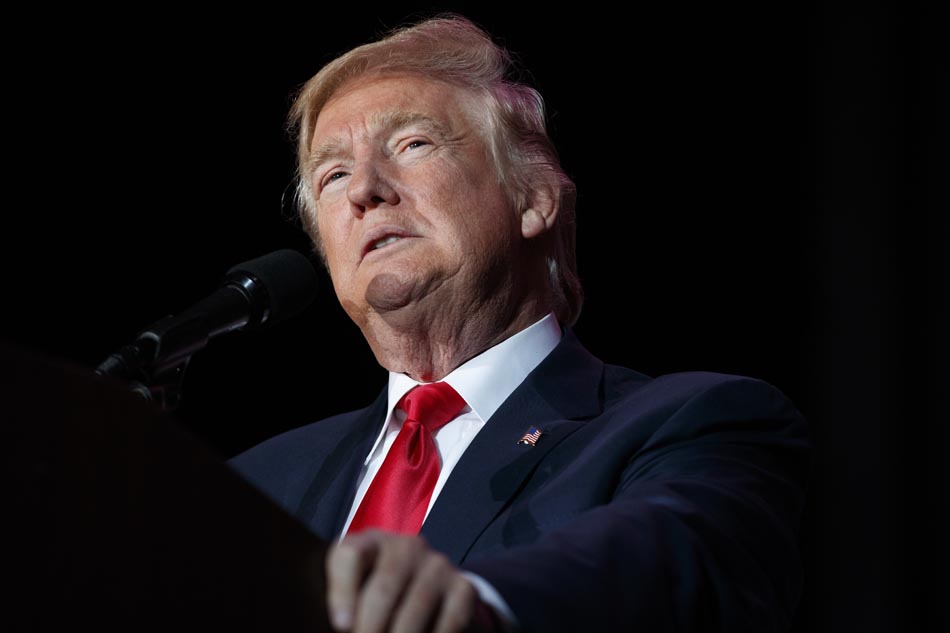 President-elect Donald Trump continues to refuse to condemn Russian interference in the U.S. election. Rep. Adam Schiff (D-CA), who has doggedly pursued accountability with many of his Democratic colleagues, bluntly — and vitally — stated that Trump's posture "is deeply damaging to the country." And John Shattuck writes starkly in the Boston Globe: "A specter of treason hovers over Donald Trump."

During an interview on ABC's This Week, Rep. Adam Schiff explained why the Obama administration is being circumspect in its public response to Russian interference in the U.S. election, and then made clear the steep cost of Donald Trump's reckless refusal to condemn the interference:

.@RepAdamSchiff: For Trump "to continue to give the Russians deniability is deeply damaging to the country." https://t.co/7L3nZJqSf8

We have good sources of information; we don't want to disclose those. I'm sure the Russians would love to know the source of information, so they can take counter-measures to prevent us from being able to attribute other Russian malignant cyberactivity in the future. And the administration shouldn't disclose that.

And ultimately this is why I think what the President-elect is doing is so damaging — because by attacking the intelligence community, basically it's going to make it that much more difficult for the current President to make attribution, for the American people to understand what they really need to about Russian involvement in our elections.

This was unprecedented. And for the President-elect to continue to give the Russians deniability is deeply damaging to the country.

This breathtaking posture, which continues to raise concerns about Trump's ties to Russia, is further being audaciously mischaracterized by Trump's incoming Chief of Staff Reince Priebus as an abundance of caution.

"I think he would accept the conclusion if these intelligence professionals would get together, put out a report and show the American people they’re actually on the same page as opposed to third parties through the Washington Post,” Priebus said on Fox News Sunday. “We haven’t heard from Comey. ... I think that these guys should be straight with the American people and come out and say it. I don’t think they’re been clear about it."

This is manifestly absurd. At the last press conference he gave — in July, months before the intelligence community alerted the parties about hacking — Trump invited the Russians to hack the State Department: “Russia, if you’re listening, I hope you’re able to find the 30,000 e-mails that are missing. I think you will probably be rewarded mightily by our press.”

Incredibly, after he publicly invited Russian hacking to harm his opponent, Trump is now claiming he is not ready to "accept the conclusion" that Russian hacking interfered in the election to influence its outcome.

The position is so clearly, as Schiff noted, "deeply damaging to the country" that John Shattuck, a former assistant secretary of state for democracy, human rights, and labor, writes in the Boston Globe: "A specter of treason hovers over Donald Trump."

There are several possible explanations for Trump’s position. They are not mutually exclusive.

First, he may be trying to shore up his political standing before the Electoral College vote on Monday.

Second, he may be attempting to undermine the credibility of US intelligence agencies in advance of his taking office so that he can intimidate them and have a freer hand in reshaping the intelligence product to suit his objectives.

Third, he may be testing his ability to go over the heads of intelligence professionals and congressional critics and persuade the American public to follow his version of the truth about national security threats. And finally, he may be seeking to cover up evidence of involvement or prior knowledge by members of his campaign team or himself in the Russian cyberattack.

In each case the president-elect is inviting an interpretation that his behavior is treasonous.

This is a serious charge, and, given the preponderance of the evidence at this point, one that is absolutely warranted.