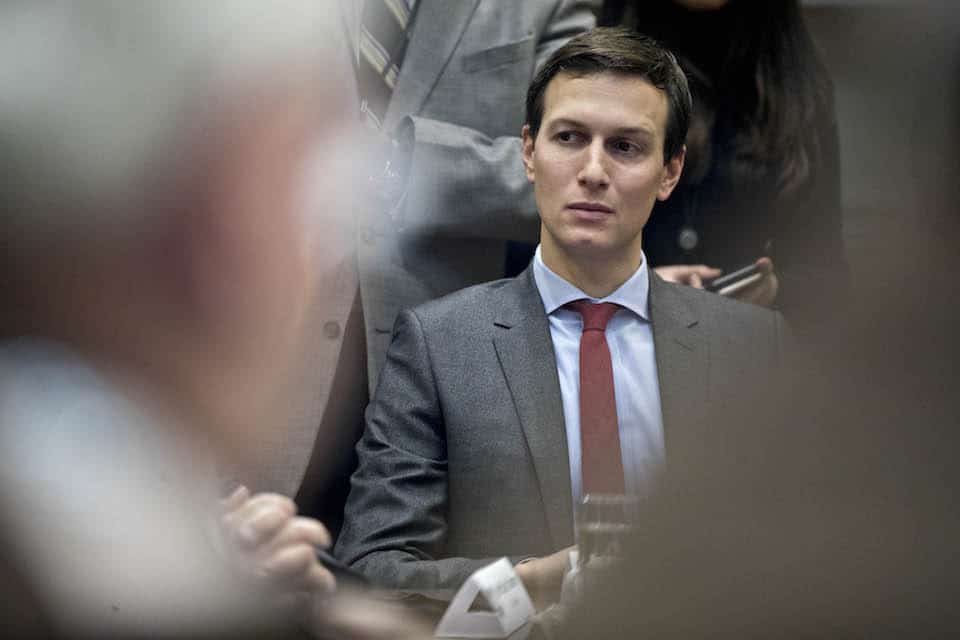 The Senate Intelligence Committee plans to question Donald Trump's son-in-law and close advisor, Jared Kushner, over his multiple undisclosed meetings with Sergey Gorkov — a Russian banker and high-level government official trained by the current-day KGB, known as the FSB, who has the trust of Russian President Vladimir Putin — and with Sergey Kislyak, the same Russian ambassador who met with both former National Security Advisor Michael Flynn and then-Senator Jeff Sessions.

Gorkov graduated in 1994 from the Academy of the Federal Security Service of Russia, the training academy for Russian intelligence agents, and was involved in the reorganization of Russia's domestic development bank, Vnesheconombank, which required a multi-billion dollar bailout after incurring bad debts related to hosting the Sochi Olympics and rescuing Russian oligarchs from their financial missteps. At the same time, Gorkov was promoted by Putin over Gorkov's own boss to become the bank's chairman, indicating a very high degree of trust and confidence by Putin in Gorkov. Prior to being appointed to chair Vnesheconombank, Gorkov was CEO of the largest state-owned bank in Russia, Sberbank.

In December 2016, the same month Gorkov met with Kushner, Gorkov also met with Putin in public, and in August 2016, Gorkov met one-on-one with Putin to discuss the progress at Vnesheconombank.

Former National Security Agency counterintelligence officer John Schindler has described Vnesheconombank, the bank of which Gorkov is now chair, as an organization "commonly used as a front for espionage."

"the Russian ambassador said he wanted Kushner to meet with Sergey Gorkov, the chief of Vnesheconombank"https://t.co/tbvOeyeCkJ

Vnesheconombank (VEB) is a Russian govt-owned development commonly used as a front for espionage by SVR and FSB.

Evgeny Buryakov, a VEB official in NYC, was arrested in 2015 (late copped a plea) for actually being an SVR Illegalhttps://t.co/ZA0UoIaZI3

So, Amb Kislyak set up meeting between Kushner & head of a Russian spy front which operates worldwide incl USA. Make of that what you will.

Also importantly, both banks Gorkov was appointed by Putin to lead, Sberbank and Vnesheconombank, were targeted for sanctions in 2014 by the Obama administration after Russia invaded the Ukraine and annexed of Crimea. During the 2016 presidential campaign, Trump repeatedly voiced willingness to lift those sanctions, a willingness which was and continues to be a point of ongoing controversy for the Trump campaign and administration.

Astonishingly, White House spokesperson Hope Hicks admitted Trump knew about Kushner's meetings with Gorkov and Kislyak, but it did not occur to Kushner to report them because "in Mr. Kushner’s view the meetings were inconsequential."

Kushner's meeting with a highly placed, KGB-trained Russian government official who is a Putin confidante and runs a bank that is possibly a front for espionage activities hardly sounds like an "inconsequential" meeting. To characterize it as such, either Kushner and the White House are ignorant to the point of incompetence or lying or both. The American people deserve to know which.