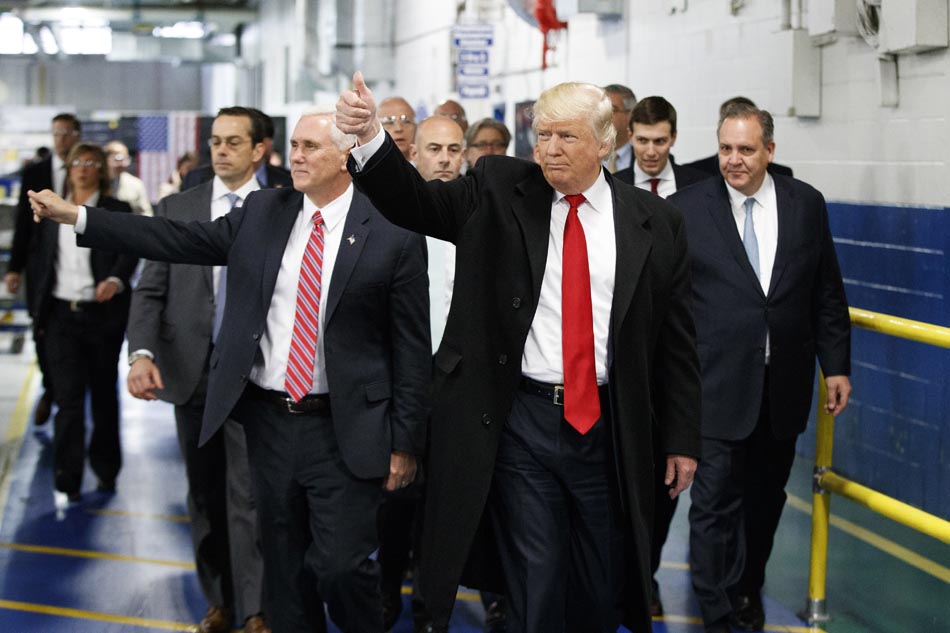 President-elect Donald Trump has announced the formation of the President's Strategic and Policy Forum, comprised of 16 business leaders. Among them are only two women.

In the official announcement of Donald Trump's establishment of the President’s Strategic and Policy Forum, a team of advisors "composed of some of America’s most highly respected and successful business leaders," there is a list of 16 names. Only two of them are women. And of the 14 men, only one of them is Black.

Besides General Motors Chair and CEO Mary Barra, IBM Chair and President Ginni Rometty, and Global Infrastructure Partners Chair and Managing Partner Adebayo “Bayo” Ogunlesi, all of the remaining advisors on this presidential forum appear to be white men.

Trump has repeatedly said that his presidency will be great for women and that no one respects women more than he does.

The media is so after me on women Wow, this is a tough business. Nobody has more respect for women than Donald Trump!

Consider me unconvinced, when his forum of influential advisors includes only two women.

The members of the forum, per the press release, "will be called upon to meet with the President frequently to share their specific experience and knowledge as the President implements his plan to bring back jobs and Make America Great Again."

Leaving aside that "bring back jobs and Make America Great Again" is not, in actual fact, a plan, I note that Trump clearly does not value seeking a wide diversity of insight on what makes America great.

I am quite certain, however, many people who voted for him will be happy to hear that his vision for the re-greatening of America will be heavily influenced by 13 wealthy white men.