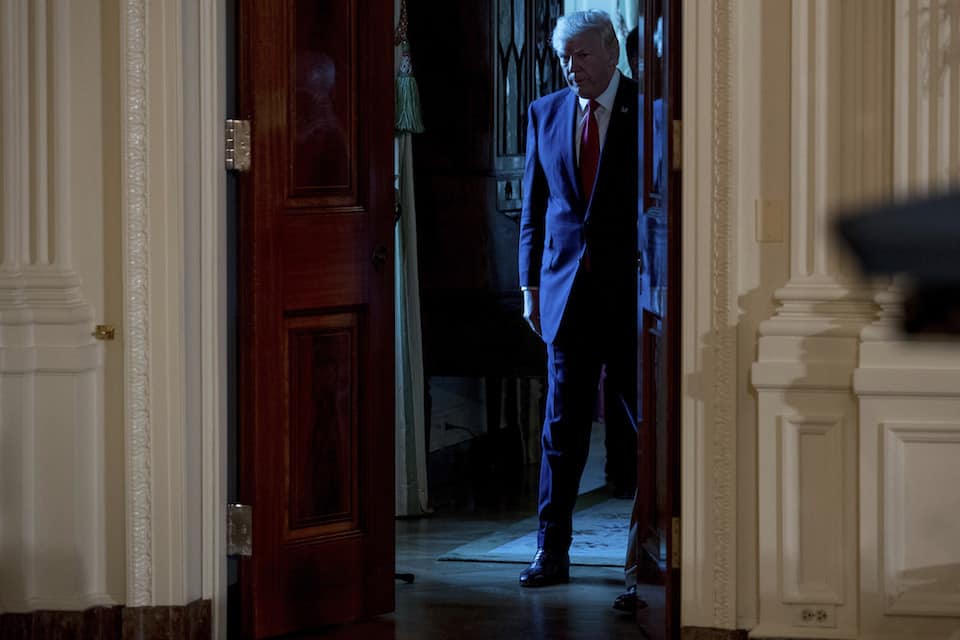 Donald Trump is sending out Attorney General Jeff Sessions to make his heartless announcement on DACA, part of a pattern of Trump ducking and hiding from the results of his own bad decisions.

Donald Trump, the infamous attention-seeker who loves to see himself and his name everywhere, is refusing to face the backlash from his decision to end the Deferred Action for Childhood Arrivals (DACA) program.

Instead, Trump will send out Attorney General Jeff Sessions to make the announcement — and Sessions will not be taking any questions from the media.

It isn't that Trump is facing a busy schedule that prevents him from making the announcement himself. His public schedule only lists one event for the day: meeting with Republican allies on taxes.

Trump did find the time to tease the announcement, which will upend the lives of over 800,000 people and ripple through millions of their relatives and friends, on Twitter. Emulating the phony suspense of the reality TV shows that made him famous, Trump wrote, "Big week coming up!"

Another tweet cast DACA as solely resting on Congress' shoulders as Trump wrote, "Congress, get ready to do your job - DACA!"

Hiding behind his Twitter account while refusing to be accountable for his decision is another display of the cowardice Trump has shown in office. While his catchphrase on television was centered around "firing" people, he has been content to leave the actual firing to his underlings like chief of staff John Kelly, who dispatched Steve Bannon. Trump also had Kelly doing the dirty work when he fired Anthony Scaramucci from his blink-and-you-missed-it tenure as communications director.

Trump's cowardice may best manifest itself in his decision to avoid holding a solo presidential news conference for over 200 days. Unlike his Republican and Democratic predecessors, Trump has avoided the opportunity to explain and defend his failures on a host of issues — both foreign and domestic — while he insults the press from the safety of social media and sound bites.

The DACA decision and his aggressive and uncaring approach to immigrants will forever stain his legacy and his name. Sending out his underlings to do the dirty work won't change that.

Trump can't hide from any of this.