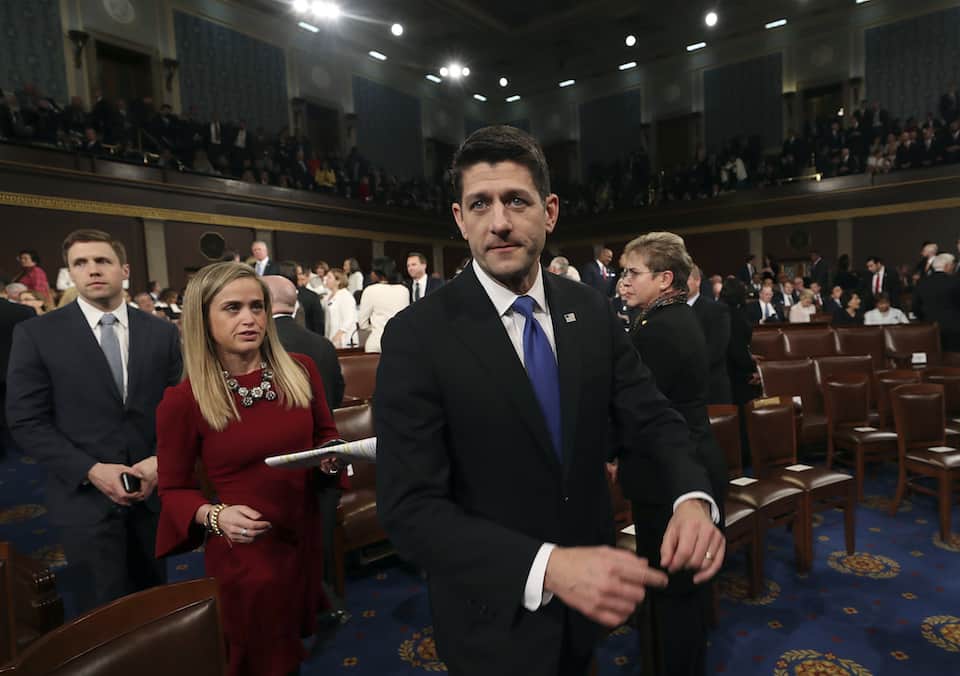 Donald Trump’s #1 booster site, Breitbart, is engaged in a strategy to muck up Trump's plan to destroy health care and show what a coward Speaker Paul Ryan is.

Breitbart, the white nationalist right-wing tabloid website, is making a mess of Trump's campaign to repeal and replace Obamacare with the completely inadequate American Health Care Act. Since Trump launched his presidential campaign, Breitbart has been the top fan site for his political ambitions, so much so that he hired the chairman of the company, Steve Bannon, to run his campaign and now his White House.

But the line between fandom and zealotry is thin, and Breitbart is now doing damage on Trump's only legislative campaign since assuming the presidency.

The team at Breitbart has echoed other conservatives in their complaints about the health care repeal, coming at the bill from the point of view that it isn't cruel enough to patients and those seeking health insurance. For them it seems the projected 24 million that will be left out of insurance is too few.

Giving cover to those who think the bill isn't right-wing enough may be helping to shift the legislation to the right, which makes its already unpopular and harsh provisions even less appealing to the public at large.

But instead of going after Trump, who has given the bill his full backing, the site has set its targets on Speaker Paul Ryan, someone who they have waged war against in the past (even supporting a primary campaign that fell flat on its face). Ryan recently said the health care plan "is something we wrote with President Trump," but that hasn't called off the Breitbart attack dogs.

The site leaked audio of Ryan from during the campaign season, responding in a private Republican meeting to the NBC recording of Trump bragging about assaulting women. While the text of the comments were previously released, the audio had not been. In the recording, Ryan said he is "not going to defend Donald Trump — not now, not in the future."

For Breitbart, the audio is another piece of evidence in their ongoing case that Ryan is a snake in the grass not to be trusted. But for the rest of the world, it is also proof of just how spineless the Speaker of the House is. Ryan has gone from trying not to say Trump's name, to slamming him behind closed doors, to being public booster and partner in crime, drafting legislation alongside him.

Breitbart's ongoing campaign to expose his lack of principles has a rich history to pull from. And they seem more than willing to mine the depths during the toughest legislative fight of Ryan's career.