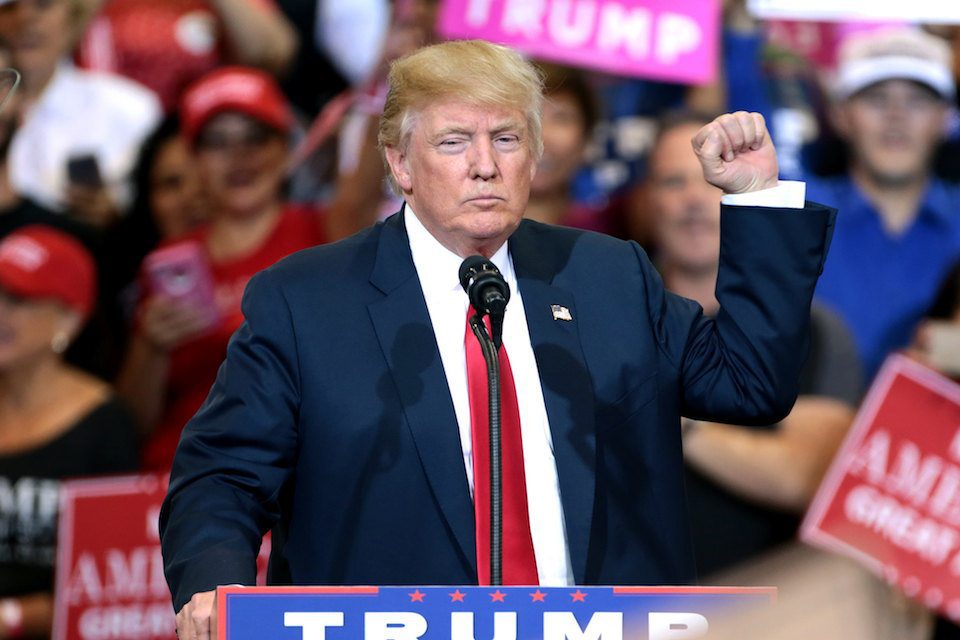 Despite Donald Trump's campaign promises to restore international respect for America, he has plunged our country into one disaster after another.

From hanging up on the prime minister of Australia, to reneging on U.S. commitments to fight climate change, to incorrectly telling NATO leaders to their faces that they owe America money, Trump has become an international laughingstock.

But the United Nations Committee on the Elimination of Racial Discrimination is not laughing.

As a result of the horrific neo-Nazi riot in Charlottesville, Virginia, which resulted in a woman being murdered in a vehicle attack, combined with the mounting frequency of racial hate crimes in America this year, CERD has taken the extraordinary step of issuing an "early warning" to the United States.

"We are alarmed by the racist demonstrations, with overtly racist slogans, chants and salutes by white nationalists, neo-Nazis, and the Ku Klux Klan, promoting white supremacy and inciting racial discrimination and hatred," said CERD chairwoman Anastasia Crickley in a statement.

Though the report does not mention Trump by name, CERD takes a thinly veiled swipe at him for falsely claiming "many sides" are to blame for Nazi violence, admonishing "high-level politicians and public officials" to "unequivocally and unconditionally reject and condemn racist hate speech."

This is not the first early warning issued to the United States. A CERD report in 2006 rebuked the Bush administration for exploiting and developing the ancestral land of the Western Shoshone tribes in Nevada without permission.

But to put it further in perspective, CERD has issued only seven "early warnings" in the past decade. Among the other flagged countries were Iraq, where ISIS massacred women and children; Burundi, whose president refused to transition power and tortured and murdered ethnic minorities; and Kyrgyzstan, where Uzbek communities were being destroyed and killed by mob violence.

When our nation appears on a list with developing and unstable countries threatened by ethnic civil war, we should be seriously concerned. Trump and his supporters are leading America down a dark path, and we as citizens have a responsibility to stand firm against the breakdown of order and civil rights.