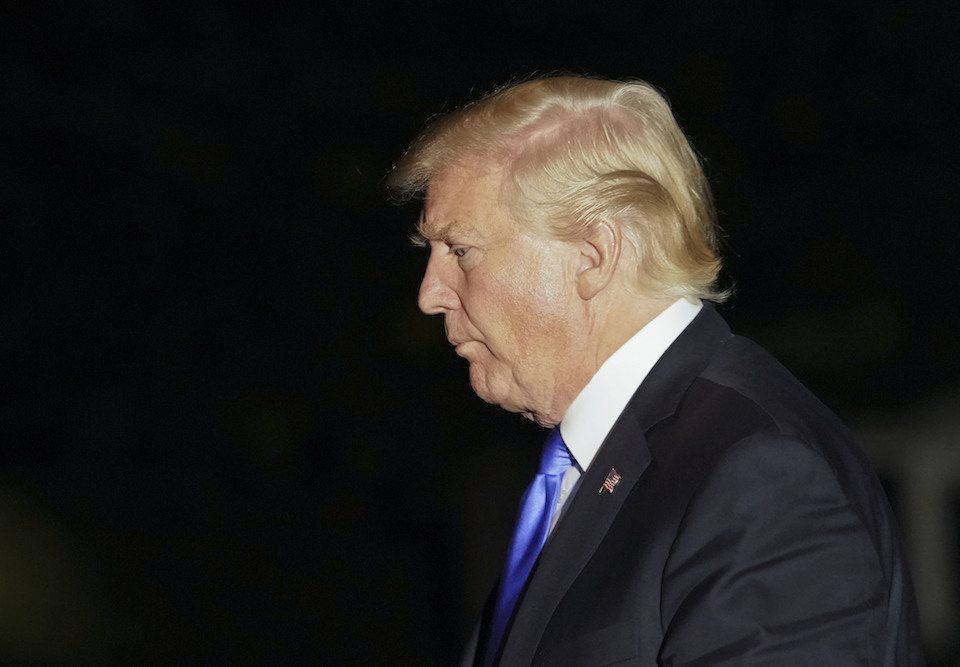 His favorite toy has been taken away from him — for good.

After years of abuse — plus a deadly insurrection at the United States Capitol — Twitter has had enough of Donald Trump. For good.

"After close review of recent Tweets from the @realDonaldTrump account and the context around them — specifically how they are being received and interpreted on and off Twitter — we have permanently suspended the account due to the risk of further incitement of violence," the company said in a statement Friday night.

Twitter had frozen Trump's account earlier in the week, after he continued to encourage and praise the extremists who invaded the Capitol as Congress was in the process of certifying the presidential election results.

In two separate videos he posted on Wednesday, which were subsequently removed by Twitter, he had a different message.

"We love you. You're very special," Trump told his supporters in the first video. He followed it up with another message a few hours later.

"These are the things and events that happen when a sacred landslide election victory is so unceremoniously & viciously stripped away from great patriots who have been badly & unfairly treated for so long," he said.

Trump returned to Twitter Thursday night with a carefully scripted and edited video in which he finally admitted that there would be a new presidential administration on Jan. 20.

He did not admit that he had lost. He did not acknowledge that Joe Biden would be the next president.

He did, however, end his statement with further encouragement to his supporters.

"To all of my wonderful supporters, I know you are disappointed," he said. "But I also want you to know that our incredible journey is only just beginning."

On Friday, he tweeted twice more.

“The 75,000,000 great American Patriots who voted for me, AMERICA FIRST, and MAKE AMERICA GREAT AGAIN, will have a GIANT VOICE long into the future. They will not be disrespected or treated unfairly in any way, shape or form!!!" he tweeted first.

In his next — and apparently last — Tweet, he said he would not be attending the inauguration on Jan. 20.

For Twitter, those messages were enough to ban him.

"Due to the ongoing tensions in the United States, and an uptick in the global conversation in regards to the people who violently stormed the Capitol on January 6, 2021, these two Tweets must be read in the context of broader events in the country and the ways in which the President’s statements can be mobilized by different audiences, including to incite violence, as well as in the context of the pattern of behavior from this account in recent weeks," Twitter said.

Twitter explained several concerns about future violence, including: "Plans for future armed protests have already begun proliferating on and off-Twitter, including a proposed secondary attack on the US Capitol and state capitol buildings on January 17, 2021."

The thousands of tweets over more than a decade that Trump sent to hype himself, abuse others, spread vicious and dangerous lies, and incite an attack on the United States Congress are now gone.