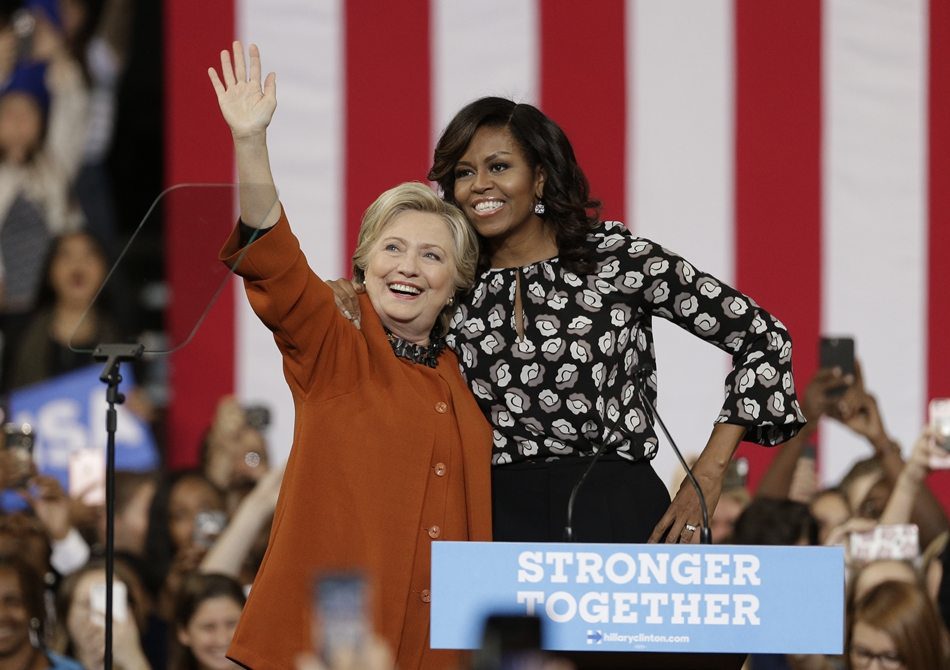 Donald Trump has run a bitter, divisive, bigoted campaign. It is enough to demoralize even the most hardy optimistic progressives.

Watching Hillary Clinton and Michelle Obama campaign together for the first time is the invigorating balm we needed.

But also because their very presence onstage together, their unreserved admiration for one another, their friendship, is inherently a rejection of everything for which Trump stands.

They are the leaders we need. They are women of strength and achievement. They are the very embodiment of a future rooted in dignity and respect for women and girls. They are stronger together.

These two feminist First Ladies. These two women who set an example of what leading with love and kindness looks like.

Watch the entire event below: