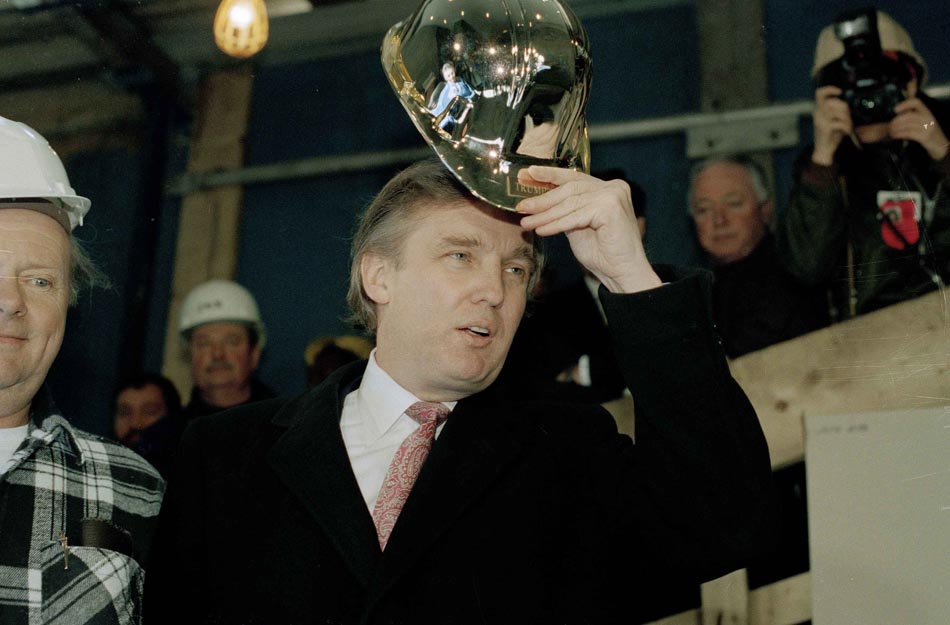 United Steelworkers president Leo Gerard is raising questions about whether Donald Trump used compromised Chinese steel for the Trump International Hotel, after the company that provided the steel on the project was found to have falsified quality certificates on another project.

As part of his series for Newsweek digging into Donald Trump's business practices, Kurt Eichenwald reported that Trump used imported Chinese steel on at least two of his last three construction projects.

For one of those projects, the Trump International Hotel in Las Vegas, which was completed in 2008, Eichenwald traced the source of the steel back through "a chain of various corporate entities, including holding companies registered in the British Virgin Islands."

According to government documents, the Chinese entity chosen by Trump to provide steel for the Las Vegas property is a holding company called Ossen Innovation Co. Ltd.–formerly known as Ultra Glory International Ltd. That British Virgin Islands entity in turn owns a second holding company called Ossen Innovation Materials Group Ltd., which, through a complex legal arrangement, indirectly owns Ossen Innovation Materials Co. Ltd., and through it, Ossen (Jiujiang) Steel Wire & Cable Co. Ltd., the operating business located in Shanghai. With such layers upon layers of corporate shells and divisions, builders like Trump can purchase their steel from less-expensive Chinese suppliers without the ultimate supplier being readily apparent. That steel was then used in the construction of the Las Vegas property.

That Trump elected to use Chinese steel for his project is itself a serious concern, particularly from a candidate who promises to "make America great again."

Said Gerard, "it closes the circle on what we already knew about Trump's business practices. He uses cheap, foreign labor to make his apparel, claiming it couldn't be made in America, which is not true. His hotels are furnished — nearly every piece of furniture and décor, right down to the Holy Bible — with items not produced in the USA. He used a series of holding companies to get cheaper steel and aluminum from China. And while he's in Pennsylvania, he says he's going to revitalize the steel industry. Not in the U.S., he's not. Maybe he'll revitalize China's steel industry."

Gerard said he is "outraged — and our members are outraged."

Trump has attempted to deflect responsibility for the use of Chinese materials in multiple construction projects onto his foremen, but, notes Gerard "it was his responsibility to tell contractors not to use those materials. Instead, he told them, 'Go out there and get the cheapest shit you can find.'"

United Steelworkers' concerns took on a new urgency when it was discovered that Ossen Innovation had, in 2014, provided falsified quality certificates for the Waterview Connection roading project in New Zealand.

Trump's project was completed before Ossen's falsified certificates were made public, and there is no record of Ossen having falsified certificates for his project. But that is why United Steelworkers is "calling for a complete investigation by customs and border patrol of this guy and the quality of his materials."

"The CEO of Ossen, who is a 79 percent owner of the company, is the person who was used as the conduit to bring Trump's materials into the America," said Gerard. "The problem we've had, among others, with Chinese steel is that is has been inferior [even without forged quality certifications]. If they faked the quality certificates in one country, what stops them from doing it in other countries, including the USA?"

Only a thorough investigation can answer the questions about the quality and certification of the materials provided to Trump by Ossen.

Which is something that Trump could have avoided had he used American-made steel in the first place. But instead, he chose to use cheaper materials—which, as Eichenwald noted, is not even because he is beholden to shareholders. Trump's business is privately held: He made the choice exclusively to enrich himself.

Said Gerard: "This is consistent with his whole life: Donald Trump doing what is good for Donald Trump at the expense of everyone else."