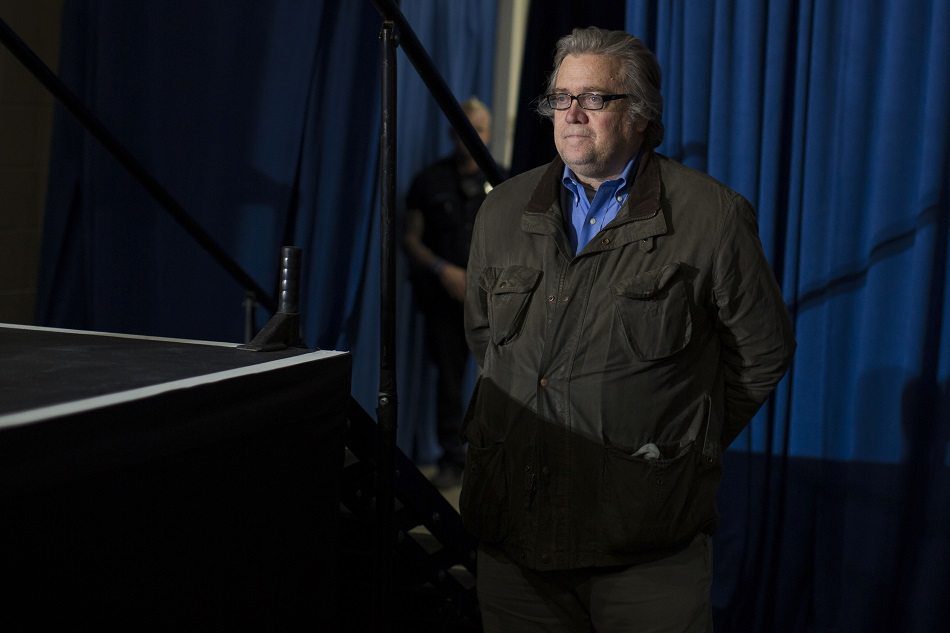 A sudden spate of editorial changes to the Wikipedia page of Steve Bannon, Donald Trump's new chief strategist (and Breitbart's executive chairman), shows a concerted effort to purge information about his background.

On November 15, Daily Beast journalist Kenneth Lipp noted that more than 70 edits had been made to Steve Bannon’s Wikipedia page following his appointment to Donald Trump's White House staff:

An analysis by Shareblue found that newly registered editors and anonymous sources have been fighting over very specific aspects of Bannon’s page — namely, whether or not they should note his reported anti-Semitism and his role in the alt-right movement. The “talk” page reveals that one anonymous user attempted to add in a quote defending Bannon against anti-Semitism:

On the other hand, David Horowitz wrote: "I have known Steve Bannon for many years. This is a good man. He does not have an Anti-Semitic bone in his body." Joel Pollak, defended Bannon, writing: "I can say, without hesitation, that Steve is a friend of the Jewish people... Steve is outraged by antisemitism. If anything, he is overly sensitive about it, and often takes offense on Jews’ behalf."

Around the same time, the user who added this quote simultaneously attempted multiple times to exclude commentary from the Anti-Defamation League stating that the appointment of Bannon was a “sad day” and that they strongly oppose his presence in Trump’s administration.

There was also an extended argument about whether or not to include the descriptor “white nationalist."

There is no concrete evidence at the moment to support where these edits are coming from, but it certainly appears that many users are attempting to rewrite Bannon’s bio.